LG had in July this year announced two smartphones under its Optimus range — Optimus Pro and Optimus Net.

Korean mobile handset manufacturer LG has launched a new dual SIM version of Optimus Net smartphone in markets like Russia and Brazil and is likely to bring it to India soon.

There is no information as of now about its availability in India but can be expected to be launched in the country soon. Since the original Optimus Net is now available for Rs 10,000, so the new handset is also expected to be priced around Rs 10-12,500.

LG had in July this year announced two smartphones under its Optimus range &#151 Optimus Pro and Optimus Net. The LG Optimus Net is sub-Rs 10,000 smartphone and comes with impressive features like 3.2 inch TFT display, 800 MHz single core processor, Android Gingerbread operating system, 32 GB of external memory, 3G connectivity, and a 3.15 megapixel camera at the back. However, it has no front camera. For a detailed review of the handset click here.

The Optimus Pro is a portrait bar Qwerty handset and sports 2.8 inch capacitive touchscreen display. It’s the first touch and type handset from LG. Featuring an 800 MHz Qualcomm MSM7227T processor with 256 MB RAM and 512 MB ROM, the Optimus Pro is aimed at the social networking and texting fanatics with a flavor of Android 2.3 Gingerbread with Optimus UI on it. 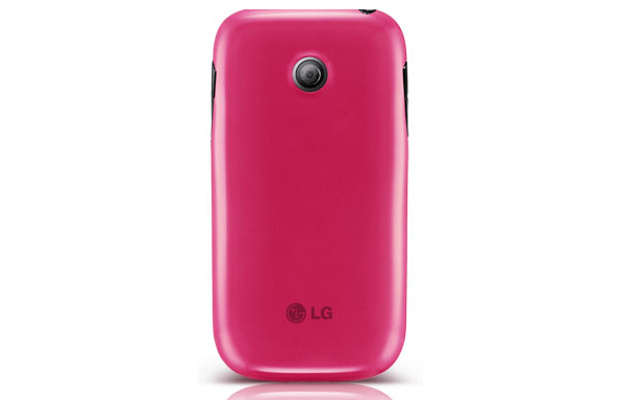 It has 3 megapixel camera that supports 4x Zoom and capable video recording at VGA 24 frames per second. Apart from all that, the Optimus Pro has the accelerometer and proximity sensors. For wireless connectivity, this handset offers Bluetooth 3.0, WiFi (802.11 b/g/n) and also capable of creating WiFi hotspot. Other features include a FM Radio, 3.5mm Audio jack, and 1500 mAh battery.