The quad core Mediatek chipset based device will be made available in April carrying an affordable price tag as well.

Computer and mobile device major, Lenovo has announced yet another Android smartphone, called as the Lenovo S920. The handset has been announced for the China market as of now but it is expected to make its way to the India market in the following months.

The Lenovo S920 runs Android 4.2 Jelly Bean with Lenovo’s custom user interface layered on top of it, making it the first handset of Lenovo to have the latest Android OS. The Lenovo S920 offers a 5.3 inch LCD display with an HD 1280 x 720 pixel resolution. The device is powered with Mediatek’s MT6589 quad-core processor running at 1.2 GHz and 1 GB RAM. 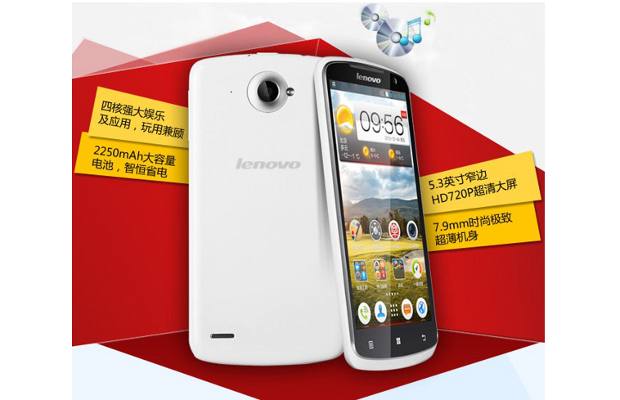 Though not confirmed by the company, the smartphone is reported to have 8 GB of internal storage along with a micro SD card slot for expandable storage as well. The Lenovo S920 features an 8 megapixel rear camera and a 2 megapixel front-facing camera for imagery and video calling respectively. With 7.9mm thickness, it surely beats most other devices out there in the market. The device also features a 2,250 mAh battery.

The Lenovo S920 smartphone is expected to be priced anywhere between Rs 12,000 to Rs 15,000 but a confirmation of the same is still awaited from Lenovo.