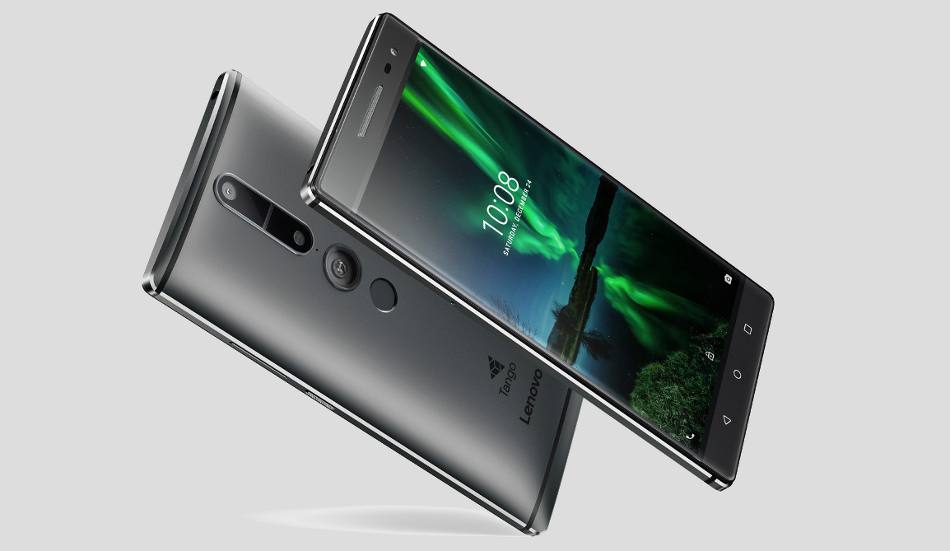 Lenovo is all set to launch World’s First Tango Project Phone ‘Lenovo Phab 2 Pro’ in India today. The smartphone has a price tag of Rs 29,990 and will be available exclusively through Flipkart starting today at 11:59 PM. The Lenovo Phab 2 Pro comes in Champagne Gold and Gunmetal Grey colour variants.

The Lenovo Phab 2 Pro was first unveiled during Lenovo’s Tech World event in June last year. It has four cameras that include three rear cameras – a 16-megapixel primary camera, a depth camera and a motion tracking camera – while an 8-megapixel camera is in its front. The motion tracking and the depth-sensing cameras allow the phone to recognise area and the user in real time to convert the whole world around a user into augmented reality. The phone can sense physical spaces and structures in 3D making augmented reality (AR) experiences possible.

The Lenovo Phab 2 Pro features a 6.4-inch QHD (2560 x 1440 pixel) 2.5D curved glass display and is powered by a 1.8 GHz octa-core Snapdragon 652 processor, which is paired with 4GB of RAM and Adreno 510 GPU. The Android 6.0 Marshmallow operating system based Lenovo Phab 2 Pro has a 4050 mAh battery with fast charging technology. It sports Dolby AudioCapture 5.1 with Dolby Atmos playback. Lenovo has also announced a special app store and that the device will come with 25 preloaded apps.

The Lenovo Phab 2 Pro has 64GB of internal storage, which can be further expanded by up to 128GB via a micro SD card. Connectivity option include hybrid dual SIM, 4G LTE, Bluetooth, WiFi, and GPS. The handset measures 179.8 x 88.57 x 6.98-10.7mm and weighs 259 grams. The Lenovo Phab 2 Pro features a full metal body and offers a fingerprint sensor, which is located on its back panel.