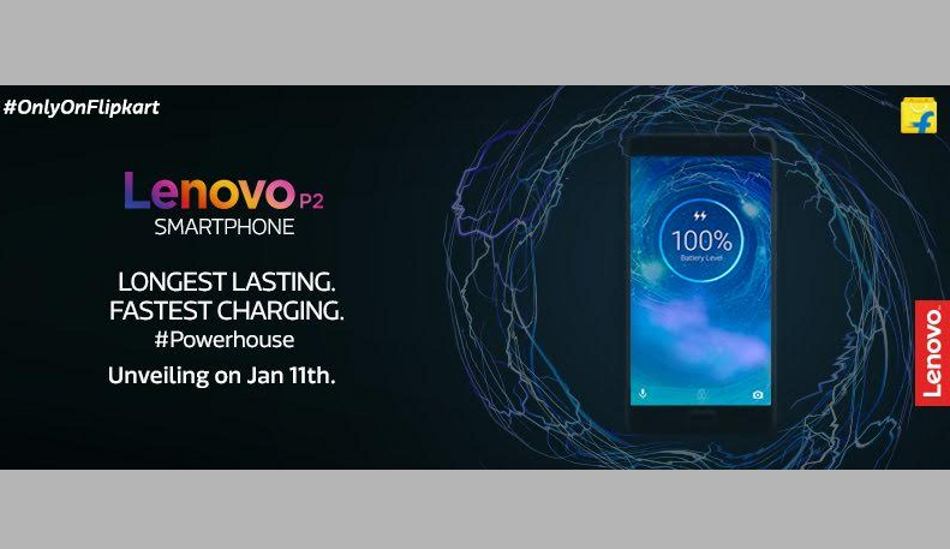 Lenovo P2 will be exclusively available on Flipkart from tonight.

Lenovo has today announced the launch of its big battery smartphone – Lenovo P2 in India. The smartphone comes in two variants, 3GB RAM which is priced at Rs 16,999 and 4GB RAM which costs you Rs 17,999.

The Lenovo P2 will be available for sale from mid night today at 11.59 PM exclusively on Flipkart in Champagne Gold and Graphite Grey colours. Lenovo P2 comes with the launch offers which is valid only for two days, 12 and 13 January. You can avail upto Rs 15000 plus additional Rs 2000 off on exchange of your old smartphone. You can also get 10% Instant discount with SBI Credit Card.

The smartphone runs on Android 6.0 Marshmallow operating system and is backed by a huge non-removable 5,100 mAh Li-ion battery which claims to offer 3 days of battery back up. Lenovo P2 works with a 24W Rapid Charger that gives up to 10 hrs of battery life in 15 minutes.

The Lenovo P2 has a 13-megapixel camera with dual-LED flash on the back and a 5-megapixel camera on its front panel. It also has a fingerprint sensor. The handset measures 153 x 76 x 8.2mm and weighs 179 grams. The connectivity options include 4G LTE support, Wi-Fi, Bluetooth, FM Radio.

Sudhin Mathur, Executive Director, Lenovo Mobile Business Group India said “2016 was an exciting year for us as we launched an array of successful smartphones and emerged as a prime challenger brand in the Indian smartphone market. We are kicking off 2017 in a fully charged way by launching Lenovo P2, a powerhouse smartphone with longest battery and fastest charging. We are resolving the biggest pain point of consumers i.e. worrying about running out of power with Lenovo P2â€™s 3 day battery that lets you work & play uninterrupted.â€