It is powered by Qualcomm Snapdragon 2.02 GHz octa-core processor.

After Lenovo K8, K8 Note and K8 Plus, seems like the company is working on another K series smartphone as the Lenovo K520 has been spotted on a GeekBench benchmarking website. The listing was first spotted by Slashleaks. The listing has spilt some beans on the expected specifications of the upcoming smartphone. 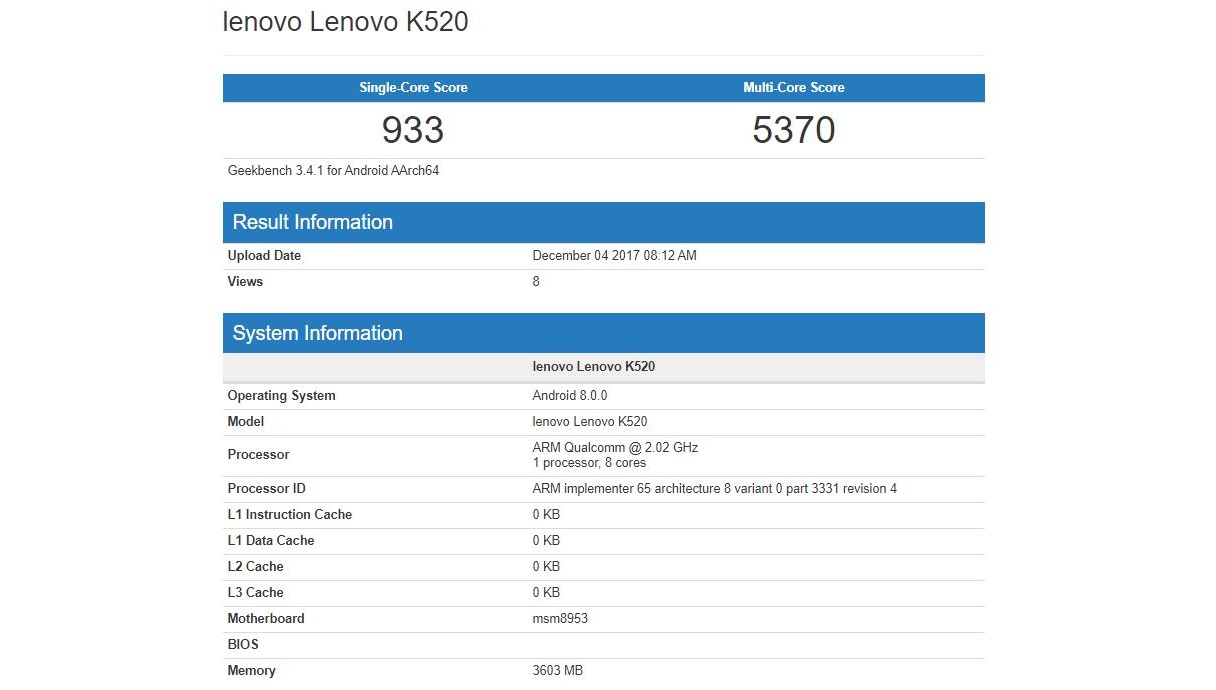 In the GeekBench listing, the Lenovo K520 got 933 points in single-core test and in multi-core test it received 5370 points. As per the listing on Geekbench, the Lenovo K520 has 4GB RAM and Qualcomm Snapdragon 2.02 GHz octa-core processor. The handset is based on the Android 8.0 Oreo operating system. It is to be noted that unlike recent K8, K8 Note and K8 Plus, the new spotted device has Snapdragon processor rather than MediaTek chipset as seen in the K series smartphones.