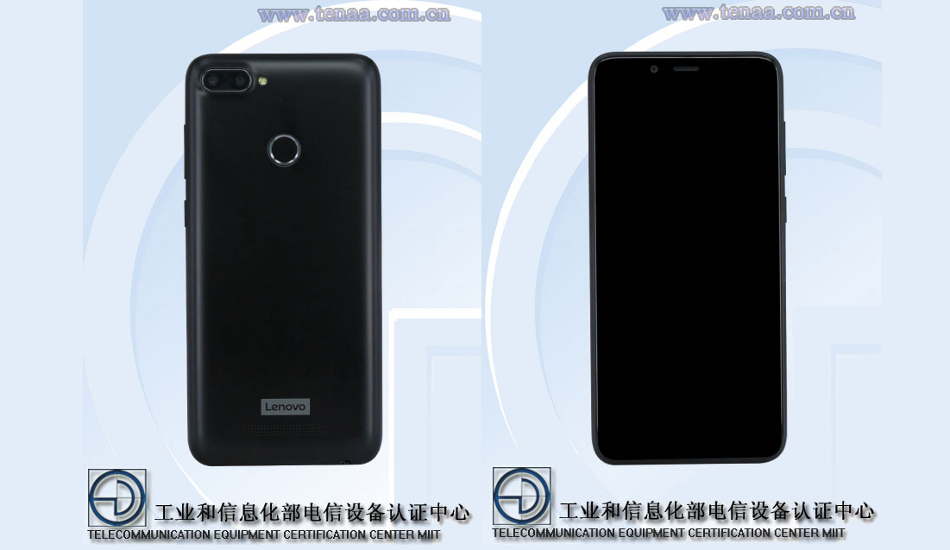 After Lenovo K520 recently being spotted on GeekBench benchmarking website, a new K series smartphone has surfaced online. This time Lenovo K320t smartphone has been now spotted on TENNA certification website. The listing not only has images of the phone but it also carries the major specifications of the device as well.

As per the listing, Lenovo K320t features a 5.7-inch display that has HD+ display with 720 x 1440 pixel resolution. It is powered by a 1.3 GHz quad-core processor which is coupled with 2GB/3GB RAM. It offers 16GB/32GB of internal storage and 32GB expandable storage via a micro SD card. The TENAA listing mentions two cameras but the images show that the device is featuring dual rear cameras with LED flash. For the front, it is having an 8-megapixel front-facing camera.

The dual SIM phone runs on Android 7.0 Nougat operating system and is fueled by 3000 mAh battery. Connectivity options of the smartphone include 4G-LTE with VoLTE, Bluetooth, WiFi, GPS/A-GPS and a micro USB port. The dimensions of the phone are 155.2 x 73.5 x 8.5 mm and it weighs 153.8 g. The device is listed in Black and Silver colour options. The phone has Gravity sensor, distance sensor, light sensor as per the listing.

In the earlier GeekBench listing, the Lenovo K520 got 933 points in single-core test and in multi-core test it received 5370 points. As per the listing on Geekbench, the Lenovo K520 has 4GB RAM and Qualcomm Snapdragon 2.02 GHz octa-core processor. The handset is based on the Android 8.0 Oreo operating system. It is to be noted that unlike recent K8, K8 Note and K8 Plus, the new spotted device has Snapdragon processor rather than MediaTek chipset as seen in the K series smartphones.