Two months ago, it was rumoured that Lenovo would be killing the ZUK brand and will only concentrate on Lenovo-Motorola devices. But, it seems that ZUK is going to make a comeback with Z3 Max. 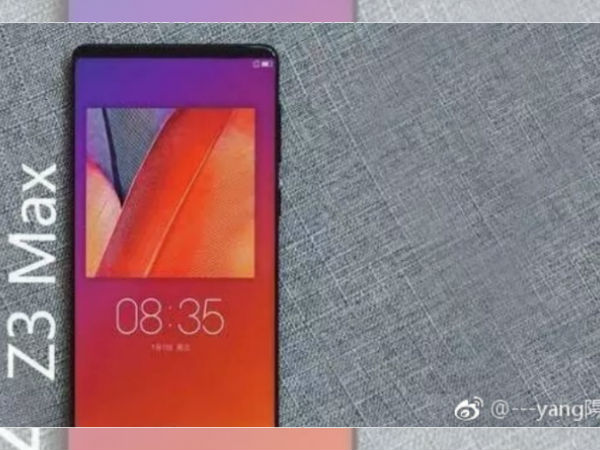 It has been spotted on Weibo, with the post showing the front panel of the alleged smartphone along with a screenshot of its key specifications. As per the snapshot, Z3 Max seems to be following the bezelless trend and display is somewhat like Samsung’s Infinity display. It is unclear whether the home button doubles as a fingerprint scanner or rather ZUK will move it to back panel. 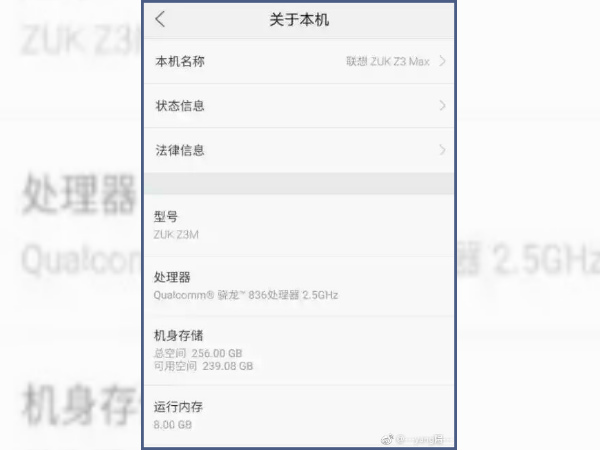 While according to the screenshot leaked alongside, the smartphone will be packing the alleged Snapdragon 836 clocked at 2.45GHz paired with humongous 8GB RAM and 256GB’s of memory. Also, the smartphone is supposed to be run on Android 7.1 out of the box with ZUK’s custom UI (ZUI) on the top of it. At these specs, the phone will be competing with the same market as the One Plus 5, and pricing should be very interesting to observe.

As of now we don’t have any confirmation about the pricing and availability. But, it seems to be launched sometime after July as Qualcomm will be announcing Snapdragon 836 in the end of July.