LeEco is organizing an event in Mumbai next month where it may announce the three handsets.

LeEco is organizing an event in Mumbai on May 3. The China based company issued an invitation for the same today. Though it has not revealed what it plans to do on that date, it is likely to announce its three new smartphones – Le 2, Le 2 Pro and Le Max 2 -for the Indian market.

“Block your date to witness the revolution. Entertainment will play in a whole new way,” the media invitation reads. 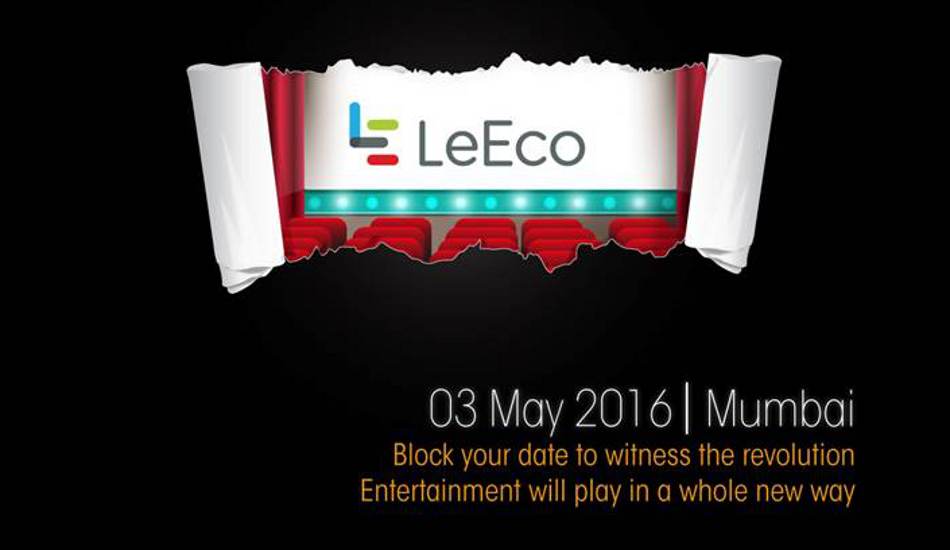 LeEco Le 2 flaunts a 5.5-inch full HD (1080p) display and is powered by MediaTek’s Helio X20 tri-cluster deca-core processor which is paired with 3GB of RAM and 32GB of onboard storage. It is equipped with a 16-megapixel rear camera of aperture f/2.0 with PDAF and LED flash, and an 8-megapixel camera up front. Armed with a 3,000mAh battery with fast charging support, the device also includes connectivity options such as WiFi 802.11ac, 4G LTE and VoLTE among others.

The Le 2 and Le 2 Pro are very similar in their appearance, with most of the changes under the hood. The Le 2 Pro is powered by MediaTek’s Helio X25 deca-core chipset that is paired with 4GB of RAM and 32GB and 64GB internal storage variants. Le 2 Pro comes with a resolution of 21-megapxiel in the rear camera and has a front-facing 8-megapixel unit. Connectivity options and the battery capacity are similar as Le 2.

The Le Max 2 comes with a 5.7-inch display that has resolution of 2560Ã—1440 pixels. At the heart of the smartphone is Qualcomm’s Snapdragon 820 quad-core processor paired with 6GB of RAM and 64GB of onboard storage. The Superphone comes equipped with a 3,100mAh battery with Quick Charge 3.0 feature and connectivity options such as WiFi 802.11ac, 4G LTE, VoLTE and GPS among others.