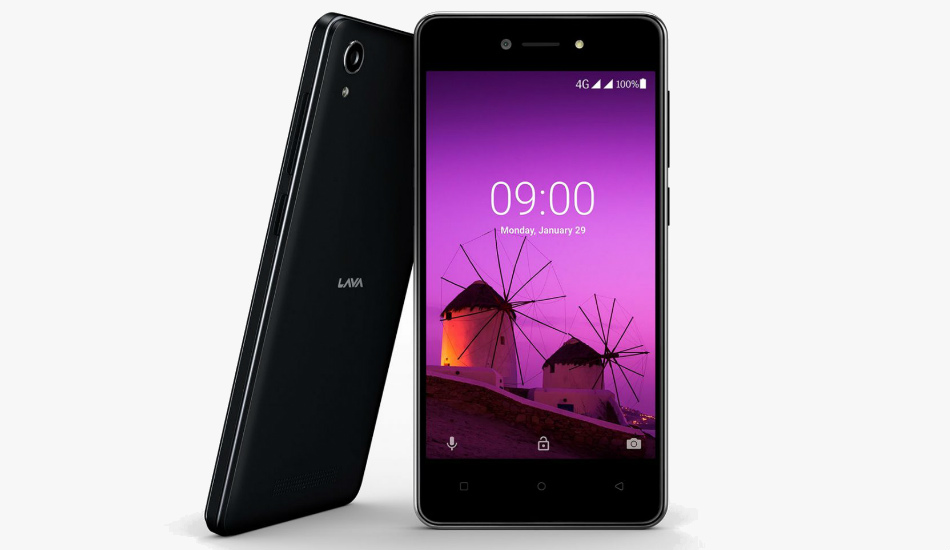 Lava has today announced the launch of its first Android Oreo (Go Edition) smartphone at the Mobile World Congress (MWC) 2018. The smartphone will launch by mid-March in India, though the brand has revealed the pricing details yet. Further, Airtel will offer Rs 2,000 cashback as a part of ‘Mera Phela Smartphone’ initiative.

Furthermore, the device will come with 2-year manufacturer warranty. COming to key specifications, the Lava Z50 features a 4.5-inch FWVGA display with a screen resolution of 854 x 480 pixels. The device is powered by a 1.1GHz quad-core MediaTek MT6737M processor along with Adreno 304 GPU.

The phone is backed by a 1GB of RAM and 8GB of internal storage, which can be further expanded up to 128GB via micro SD card slot. On the camera front, it features a 5-megapixel rear camera with LED flash and 5-megapixel front-facing camera for selfies and video calling. The phone runs on Android 8.1 Oreo and on the connectivity front, it supports 4G VoLTE, WiFi 802.11b/g/n, Bluetooth 4.0, GPS and dual-SIM slot.

Though the specifications remain below average, it is the software that will make a major difference. The Android Oreo (Go Edition) is meant for low-end devices that run with 512MB to 1GB of memory. The aim is to provide the latest Android updates to the masses and it will be available as a part of Android 8.1 release.

The latest Android Oreo (Go edition) is specially optimized for the entry-level handsets and it includes better performance along with built-in data management features and security benefits. Google has also designed a new set of Google apps including includes Google Go, Google Assistant Go, YouTube Go, Google Maps Go, Gmail Go, Gboard, Google Play, Chrome, and the new Files Go app, which are meant to be lighter and it will smoother on the entry-level devices.