In a bid to attract selfie-lovers, Karbonn Mobiles has launched a new smartphone called Titanium S19 with a 5 megapixel front camera. Primarily, a smartphone’s front facing camera is used to click self portrait images, called selfies, and later shared on social networks. The new Titanium S19 features a 5-inch IPS display and runs on Android 4.4 KitKat out of the box. Focused heavily on the imaging, the Titanium S19 is available in Black and White variants for Rs 8,999.

Karbonn Titanium S19 is ideally meant for the imaging frenzy folks. At the rear, Titanium S19 features a 13 megapixel camera comprising of Sony’s BSI sensor which can also capture voice. The rear camera is usable to record HD videos and capturing images in regular, panorama modes as well. The rear camera has a f/2.0 aperture to accumulate more light and also help in low light conditions. In the front, it has a 5 megapixel camera with IR film coated on the top in order to offer better image quality with selfies or self portraits. 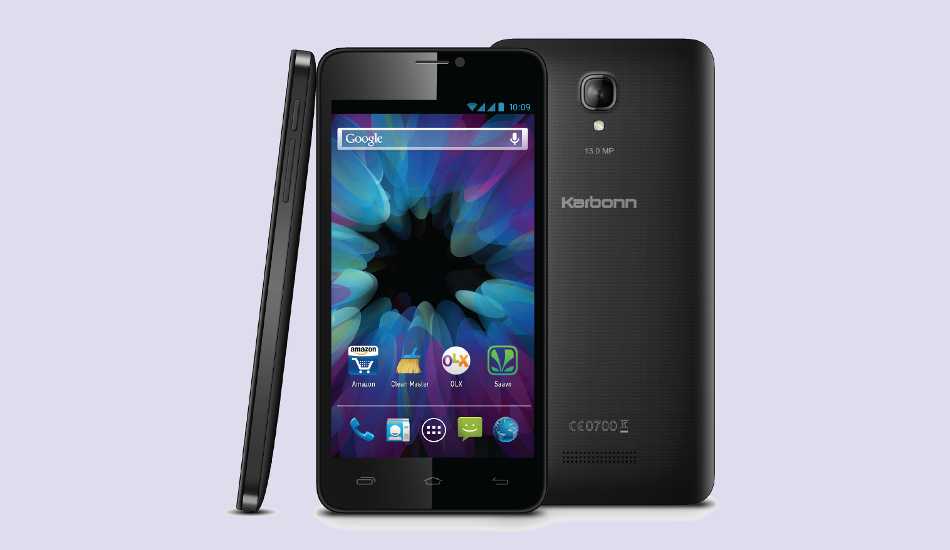 The Karbonn Titanium S19 features a 5-inch IPS display with 720p (HD) resolution and made using One-Glass Solution technology. Under its chassis, the company has packed a quad-core 1.3 GHz MediaTek mobile chipset and paired it with 1 GB RAM to provide a smooth performance. The S19 runs on Android 4.4 KitKat out of the box and offers dual-SIM support as well.

Other notable features of Karbonn Titanium S19 include WiFi, Bluetooth, GPS, G-sensor, Gyroscope, and can accommodate one 3G network enabled SIM module. Karbonn has packed only 2000 mAh battery inside this large device which obviously won’t be enough. So one has to invest in a decent power bank to keep charging the device at the end of the day.