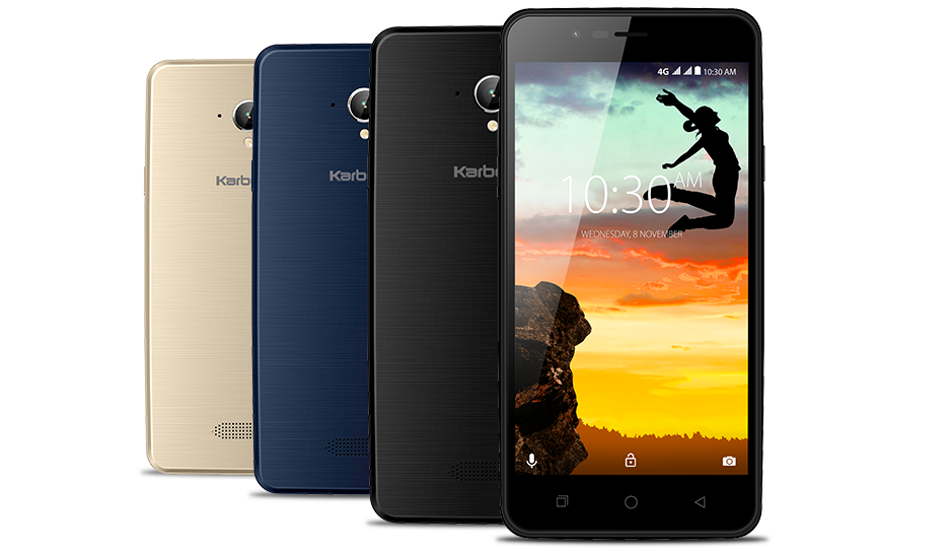 After launching Karbonn K9 Smart Selfie smartphone earlier this month, the company seems to be launching yet another new smartphone very soon. A new Karbonn 4G smartphone named as Karbonn Yuva 2, has been found listed on the company’s official website. However, there was no information about its price or availability at the time of writing this news. The Karbonn Yuva 2 is listed in Black, Blue & Champagne colour options on the website.

As per the listing, the Karbonn Yuva 2 features a polycarbonate body with a brushed metallic finish at the back. It has a 5-inch HD IPS display with a resolution of 720×1280 pixels and is powered by a 1.2G5Hz quad-core processor. There is 2GB of RAM and 16GB of internal storage in the phone. You can expand its memory by another 128GB using a microSD card in its expandable storage slot. The smartphone runs on Android 7.0 Nougat operating system.

The Yuva 2 comes with a 5-megapixel camera with LED flash on the back and a 3.2-megapixel fixed-focus selfie camera on the front. It is backed up by a 2250 mAh battery, which claims to offer up to 8 hours of talk time, and 180 hours of standby time. Further, the smartphone offers Dual SIM, 4G with VoLTE, Bluetooth, WiFi, GPS, and micro-USB port. The handset measures 144.2 x 72.4 x 9.6mm and weighs 170 grams.

From the specs, the Karbonn Yuva 2 smartphone seems to be a budget-oriented smartphone and we expect it to be priced anywhere between Rs 4,000 to Rs 6,000. To recall the specs of K9 Smart Selfie smartphone, it features a 5-inch FWQVGA display with a screen resolution of 854 x 480 pixels. The major highlight of the smartphone is the 8-megapixel selfie camera, which comes with night shot mode and beauty mode. For the rear, there is a 5-megapixel shooter with LED flash.

The phone is powered by a 1.1GHz quad-core processor and it is backed by a 1GB of RAM along with 8GB of internal storage. The memory can be further expanded up to 32GB via micro SD card. The phone runs on Android 7.0 Nougat and it is powered by a 2300mAh battery, which the company claims deliver a talk-time of up to 8 hours and up to 180 hours of standby time. On the connectivity front, the device supports 4G VoLTE, Bluetooth, GPS, FM Radio, dual-SIM and micro USB port. It also has an inbuilt photo and video editor to help you customize your pictures and edit videos according to your preference.