Karbonn Sparkle V Android One launched via Snapdeal at Rs 6,399

It has the same features as the Spice Dream Uno and Micromax Cavnas A1 - the two other Android One phones launched today.

Along with Spice and Micromax, Karbonn too has announced its Android One smartphone called Karbonn Sparkle V. The handset is available from Snapdeal as of now for Rs 6,399. But as we said earlier, the phone will hit the physical stores by Diwali.

Today, Spice and Micromax have also announced their Android One phones, named as Dream Uno and Canvas A1, both priced at Rs 6,399. Note that the Karbonn Sparkle V has the same features as the Spice Dream Uno and the Micromax Canvas A1. Look wise too, they have hardly any difference. 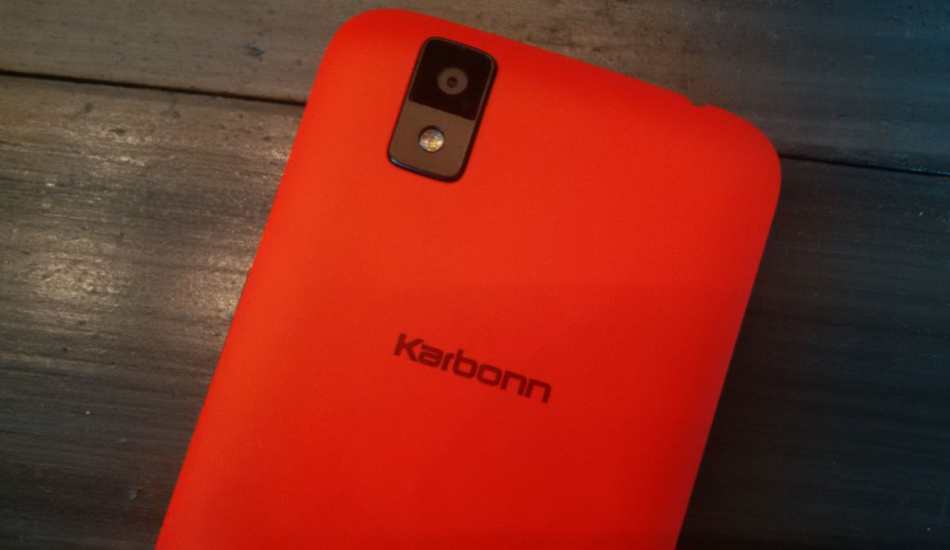 So like the other two, the Karbonn Sparkle V too comes with a 4.5-inch touchscreen display with 480×854 pixel resolution, quad-core processor, 1 GB RAM, 4 GB internal memory, 32 GB expandable storage slot, and a 1700 mAh battery that promises 8.9 hours of talktime. It has the latest Android 4.4 KitKat operating system and like the Nexus devices, Android One devices too will get the upcoming Android updates..

The Sparkle V weighs 140 grams and is 9.3 mm thick. It has a 5 megapixel rear camera and a 2 megapixel front camera. The phone comes with dual SIM support and can accommodate at least one 3G network enabled SIM card. Besides, it has WiFi and FM Radio.