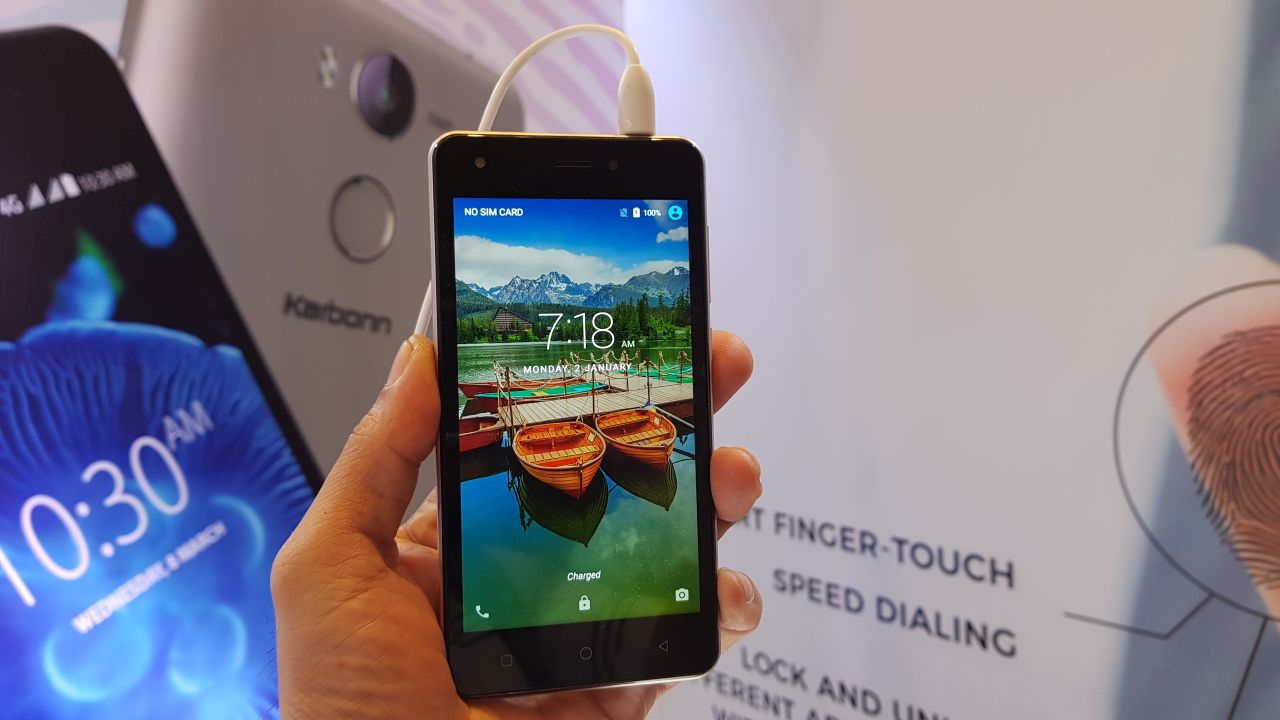 The smartphone comes with market operating price (MOP) of Rs 5290 and will be available from select retail stores across the country and through online channels starting from today.

Karbonn has today announced the launch of a new budget-orientated smartphone, the K9 Kavach 4G in India. The smartphone comes with market operating price (MOP) of Rs 5290 and will be available from select retail stores across the country and through online channels starting from today.
The major highlight of the smartphone is that it comes integrated with BHIM (Bharat Interface for Money) for UPI-based payment in India. The phone is also loaded with Karbonn Kavach, which makes your smartphone safer. The smartphone basically comes equippedfingerprint scanner, to secure not banking and monetary transaction, but it also adds some extra layer of security of the device. The fingerprint sensor with features like app lock, capture image and smart finger touch dialling.
Jumping straight to specifications, the smartphone comes loaded with a 5.0-inch HD display with a screen resolution of 1280 x 720 pixels. The device is powered by a 1.25GHz quad-core processor along with 1GB of RAM and 8GB of internal storage, which can be further expanded up to 32GB.
On the camera front, it sports a 5-megapixel rear and front cameras with both featuring LED flash. The smartphone runs on Android 7.0 Nougat and is juiced up by a 2300mAh Li-ion battery. On the connectivity front, it supports Dual SIM, 4G, VoLTE, WiFi, Bluetooth and micro USB port.