Karbonn has quietly introduced a A91 powered by dual-core mobile processor and with Android 4.2 Jelly Bean running on it. Karbonn A91 is available online for Rs 4490.

Karbonn’s new entry level smartphone – A91, has been spotted online at retail websites. Karbonn A91 smartphone features 3.9-inch display and packs a dual-core mobile processor. Karbonn A91 will be offered in three different colours – Black, White and Red. Currently, Flipkart has listed the A91 for Rs 4490 but there is no information about availability of the device.

Karbonn has added yet another smartphone to the entry level segment and there by pushing the agenda of Android to rule all price segments. Karbonn K1 has a candybar form factor with well rounded corners and curves at the back panel sides. The smartphone offers three capacitive buttons – Menu, Home and Back in the front below the touchscreen area. 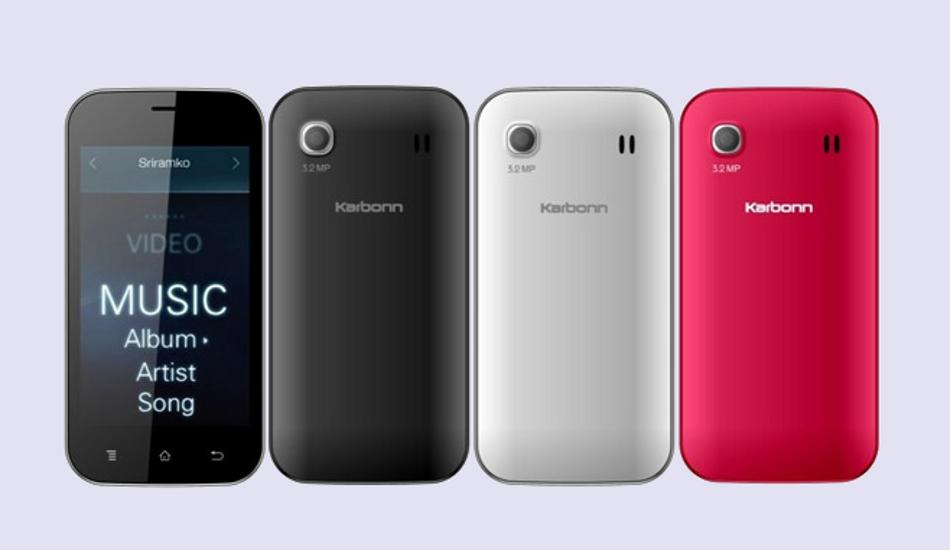 Karbonn has used a 3.9-inch touchscreen display with 480×800 pixel resolution which is fantastic for an entry level device. The A91 is powered with a dual-core 1.3 GHz mobile processor with 256 MB RAM. The smartphone runs Android 4.2 Jelly Bean update.

Karbonn has offered only 512 MB on-board storage but there is a memory card slot to expand with up to 32 GB microSD card. This dual SIM smartphone supports two GSM SIM modules and can handle up to 2G networks.

The Karbonn A91 will competes with Micromax Bolt A67 and Lava Iris 402.