The specifications of the JioPhone Next have been tipped as per which the device will be powered by the Qualcomm 215 chip and will run on Android 11 Go Edition. 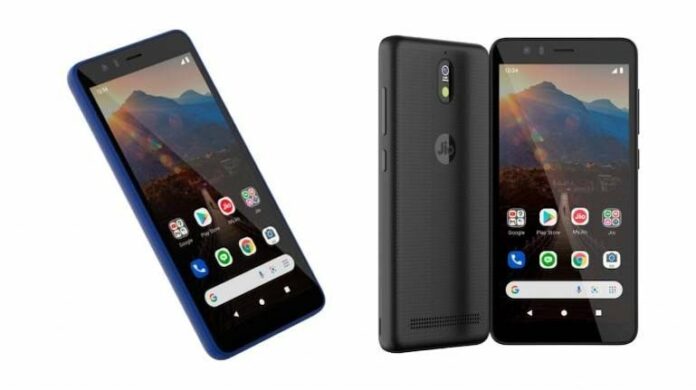 The Jio Phone Next that was announced almost two months ago, has now surfaced online. The specifications for the smartphone have been tipped. It could be powered by the Qualcomm 215 chipset which currently also powers the Nokia 1.5.

The leak comes from Mishaal Rahman of XDA-Developers. He also shared the boot screen of the Jio Phone Next which has a “Created with Google” branding. The smartphone will come with Google Duo Go pre-installed. However, it isn’t a special Android Go-optimised version of Duo. Moreover, a newer version of Google Camera Go will come pre-installed with Snapchat integration.

The Jio Phone Next will apparently come with a display that offers 1440×720 pixels resolution. This is based on the size of the boot animation screen which has been shared by Rahman. The device will run on Android 11 (Go Edition) out of the box. RAM and Storage details are still under the wraps.

However, a minimum of 2GB of RAM can be expected along with 32GB of storage. Jio Phone Next will also come with voice assistant, language translation, smart camera with AR filters, and more. The design for the phone was already revealed by Ambani back in June.

Reliance also confirmed the device will go on sale in India starting September 10th. The only thing known about the price is that it is the “most affordable smartphone not just in India, but globally”. The JioPhone NEXT features Google Play Store and Google assistant, automatic read-aloud of screen text. The smartphone runs on Android, specifically designed by Google for Jio. The phone will also receive regular Android updates as well as security patches.

“JioPhone Next is powered by an extremely optimised version of the Android operating system that has been jointly developed by Jio and Google, especially for the Indian market”, said Mukesh Ambani, Chairman Reliance Industries, at the virtual AGM.