Sander has custom designed the smartphone and LG has offered its engineering expertise. This smartphone will come with custom blue colour bearing theme and custom icons designed by Jil Sander. Besides that, the Jil Sander Shopping app that offers deals, link to Jil Sander boutiques and connect with other Jil Sander fans will come preloaded on the phone. 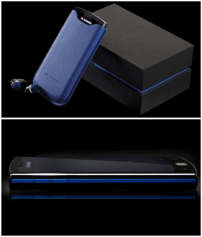