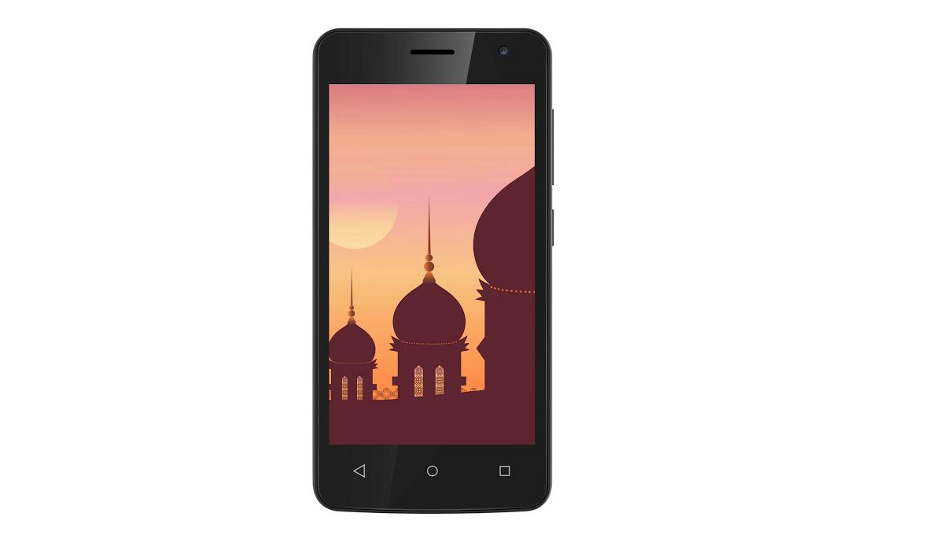 The smartphone comes in Black and Champagne Gold colour variants.

iVoomi has announced the launch of its new smartphone in India named as iVoomi Me 2. The iVoomi Me 2 is priced at Rs 3,999 and will be available for sale exclusively on Shopclues from today midnight. The smartphone comes in Black and Champagne Gold colour variants.

iVoomi Me 2 features a 4.5-inch WVGA (480 x 854p) display and is powered by a Quad-Core processor paired with 2GB of RAM. The smartphone runs on Android 7.0 Nougat operating system and comes with 16GB internal storage which can be further expanded up to 64GB via micro SD card.

The smartphone has an 8-megapixel auto-focus rear camera with an LED flash coupled with a 5-megapixel front camera for selfies and video calling. The device is equipped with 2000 mAh battery and offers Dual SIM, 4G with VoLTE, GPS, WiFi, Bluetooth, micro-USB port and FM radio for connectivity.

Commenting on the launch, Ashwin Bhandari, CEO, iVOOMi India said “India is an extremely important market for us and we are trying to propagate value phones in the mid-level segment by introducing a new variant in the Me series. Since our inception, we have been investing all our efforts in understanding the consumer behaviour across the country, and even glad to see the tremendous response towards the complete range of products launched by us over the last two quarters. With the launch of this new smartphone, we ensure that consumers witness best of technology and user experience.”

Nitin Kochhar, Senior VP, Categories, ShopClues, said, “It gives us immense pleasure to continue our partnership with iVOOMi for their mid-level smartphone series “ME”, with iVOOMi Me2. Our exclusive partnership with the first phones in the iVOOMi ME series garnered a spectacular success. With higher penetration of internet throughout the country and an increasing number of consumers from tier 2, 3 and beyond cities shopping online, it is definitely the right partnership to exclusively launch such a feature-heavy smartphone at a competitive price on the ShopClues Platform. At ShopClues, it has always been our endeavour to fulfil aspirations among the common Indian and this further consolidates to our leadership in the budget smartphone category.”