iVooMi i2 Lite launched with dual rear cameras for Rs 6,499 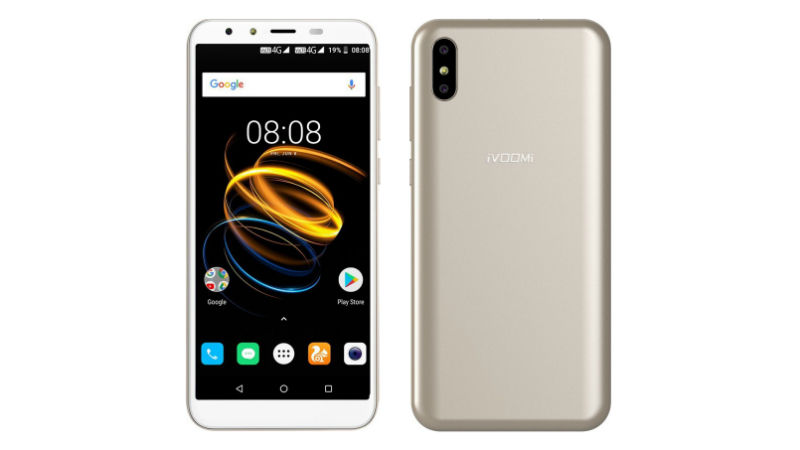 iVooMi i2 Lite smartphone is priced at Rs 6,499 and is exclusively available on Flipkart for sale. iVooMi i2 Lite comes in Mercury Black, Saturn Gold and Mars Red colour variants.

China-based smartphone brand iVooMi has silently announced the launch of iVooMi i2 Lite in India. The smartphone is priced at Rs 6,499 and is exclusively available on Flipkart for sale. iVooMi i2 Lite comes in Mercury Black, Saturn Gold and Mars Red colour variants.

The iVooMi i2 Lite smartphone comes features a 5.45-inch HD+ display with a screen resolution of 1440 x 720 pixels and an aspect ratio of 18:9. The phone is powered by a 1.5GHz quad-core MediaTek 6739 processor along with 2GB of RAM. It is backed by a 16GB of storage, which can be further expanded up to 128GB via micro SD card slot.

On the camera front, the smartphone features a 13-megapixel with Sony sensor with a five-piece Largan lens and 2-megapixel rear camera.Both are powered by a soft flash. It has an 8-megapixel front shooter for selfies and video calling with 4P Slim Lens. It also has a Facial Recognition or Face Unlock feature to unlock the phone.

Commenting on the launch, Ashwin Bhandari, CEO, iVOOMi India says, “The iVOOMi i2 Lite offers the perfect balance of design, performance and robust ‘uninterrupted’ experience to the users. Staying true to its tagline, the iVOOMi i2 Lite provides the users with an uninterrupted experience in aspects like Battery, Data streaming, Display, and more; setting a benchmark in the sub-Rs. 7000 price segment. The device has been designed and developed to specifically cater to the needs and requirements of Tier II & III markets”