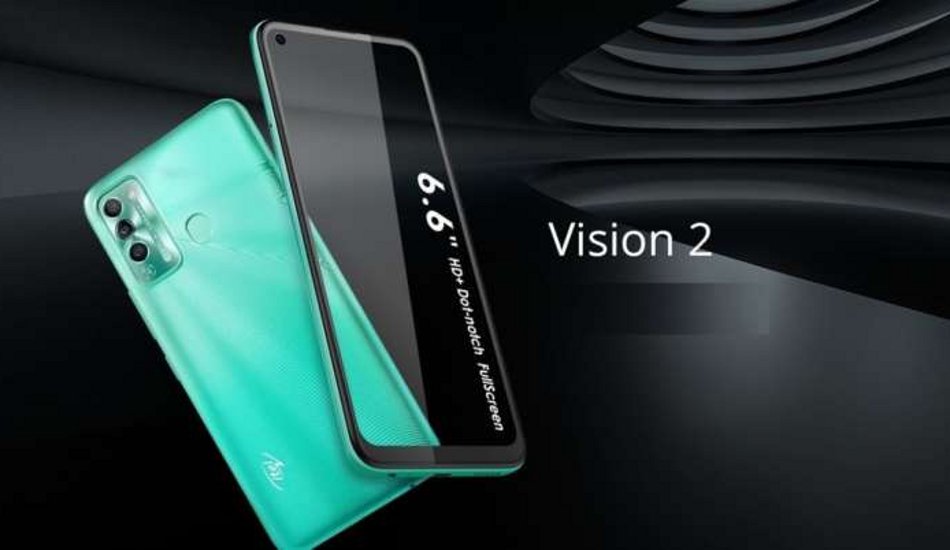 Itel, a sub-brand of Transsion India, has launched the budget-centric smartphone in India. Known as Itel Vision 2, the smartphone comes with a price tag of Rs 7,499 for the sole 2GB + 32GB storage.

Itel Vision 2 comes in Deep Blue and Gradation Green colours. The phone is exclusively available via Udaan and offline stores.

The smartphone is powered by an unnamed octa-core SoC clocked at 1.6GHz. It is backed by 2GB of RAM and 32GB of internal storage. The memory can be further expanded up to 128GB via microSD card slot. There is a rear-mounted fingerprint scanner as well.

On the camera front, the smartphone comes equipped with Triple camera with a combination of 13-megapixel primary lens, a 2-megapixel macro sensor, and a 2-megapixel depth sensor. For the front, there is an 8-megapixel shooter with AI Beauty Mode.

The smartphone runs on Android 10 (Go Edition) operating system and it is loaded with a 4,000mAh battery, which the company claims to deliver 26 hours of calling time with 4G, 35 hours of music playback and 7 hours of playing video.