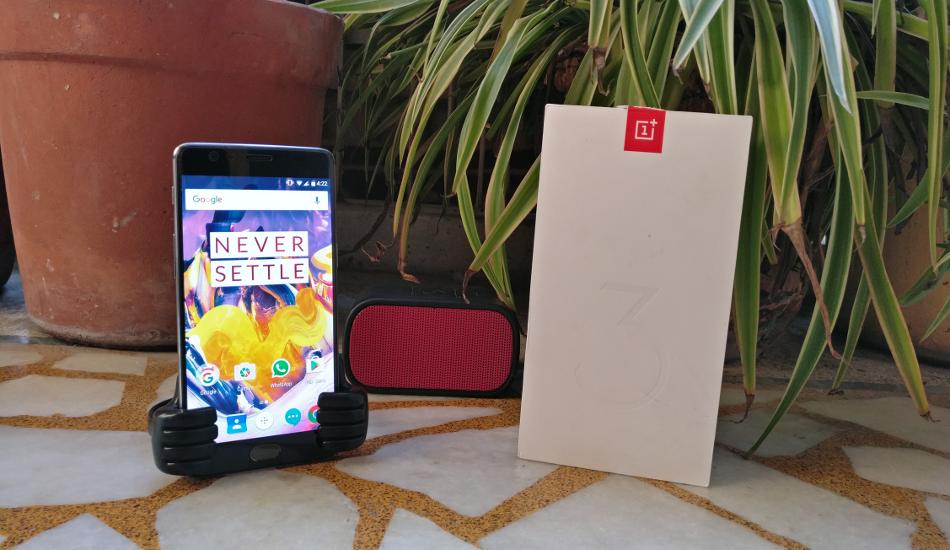 If a recent report is to be believed, OnePlus was actually manipulating the benchmark scores of different sites to affect the outcome of the phone’s performance.

OnePlus 3T is considered to be one of the best flagship killer phone for those who are looking for a smartphone under a budget of Rs 30,000. The smartphone got some rage reviews across the globe and performed pretty well in many benchmark websites. But if a recent report is to be believed, OnePlus was actually manipulating the benchmark scores of different sites to affect the outcome of the phone’s performance.

Folks at XDA Developers points out the OnePlus is targeting specific applications like AnTuTu and Geekbench to temper the benchmark result through tweaking of its latest flagship smartphone. The report further highlights that OnePlus was targeting these applications by name and whenever it sense a benchmark application, the smartphone would pump up the clock speed in order to attain better benchmark scores.

See also:Vivo V5 Plus now available for purchase at Rs 27,980

The site found out this while investigating how Qualcomm achieves faster app opening speeds on the Qualcomm Snapdragon 821, they noticed something strange on the OnePlus 3T that was not present on the smartphones powered by the same processor. The smartphone did not revert to its normal idling speeds after opening certain applications. “OnePlus was makings it CPU governor more aggressive, resulting in a practical artificial clock speed floor in Geekbench that wasn’t there in the hidden Geekbench build. It wasn’t based on the CPU workload, but rather on the app’s package name, which the hidden build could fool,” the report notes.

See also:Samsung to launch the Galaxy Tab S3 at MWC this month

However, OnePlus promised to remove the trigger that caused the CPU to run faster with upcoming updates. “In order to give users a better user experience in resource intensive apps and games, especially graphically intensive ones, we implemented certain mechanisms in the community and Nougat builds to trigger the processor to run more aggressively. The trigger process for benchmarking apps will not be present in upcoming OxygenOS builds on the OnePlus 3 and OnePlus 3T,” OnePlus said in a statement.

This is not the first time, that manufacturers were caught cheating on the benchmarks scores. In 2013, Samsung has found guilty of boosting its GPU clock speeds in order to give better scores. HTC was also rumoured to be cheating with the benchmark scores on certain models by pumping up the CPU performance.