iQOO Z5x display has been confirmed by the company. The phone will come with a support for a 120Hz refresh rate 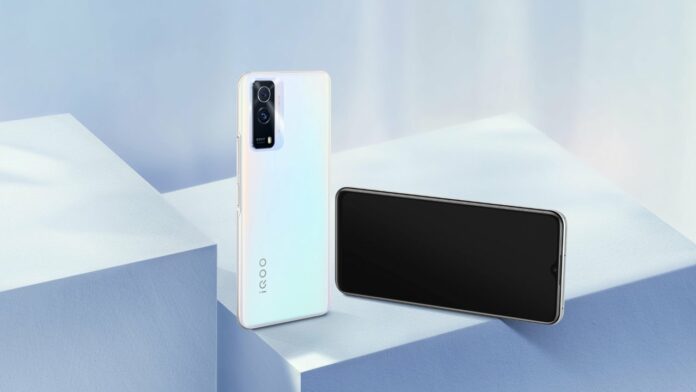 iQOO Z5x is already confirmed to be announced on October 20 in China. Now ahead of the launch, the company has confirmed the display details and colour variants of the upcoming iQOO Z5x.

As per a new poster posted by the company, the iQOO Z5x will feature a waterdrop notch display with a slightly thick chin. In addition, it confirms that the phone will come with support for a 120Hz refresh rate and a 240Hz touch sampling rate.

Moreover, it has been also confirmed that there will also be a five-layer liquid cooling system for heat dissipation. The phone will also come with support for Wi-Fi 6 connectivity.

It was earlier confirmed that iQOO Z5x will equip a 50-megapixel AI dual camera setup. The phone is shown in orange colour. Furthermore, the smartphone has also been teased to pack a 5,000mAh battery and Dimensity 900 SoC.

The iQOO Z5x will reportedly come with a 6.85-inch LCD FHD+ display. There’s an 8-megapixel selfie camera positioned at the top.

The iQOO Z5x will likely arrive in 6 GB and 8 GB RAM variants with 128 GB and 256 GB storage options per leaked specifications. Additional features available on the device include a microSD card slot and a side-mounted fingerprint reader. It will have a dual-camera setup on the back. This will be including a 50-megapixel and a 2-megapixel shooter. It should sport an 8-megapixel selfie camera.