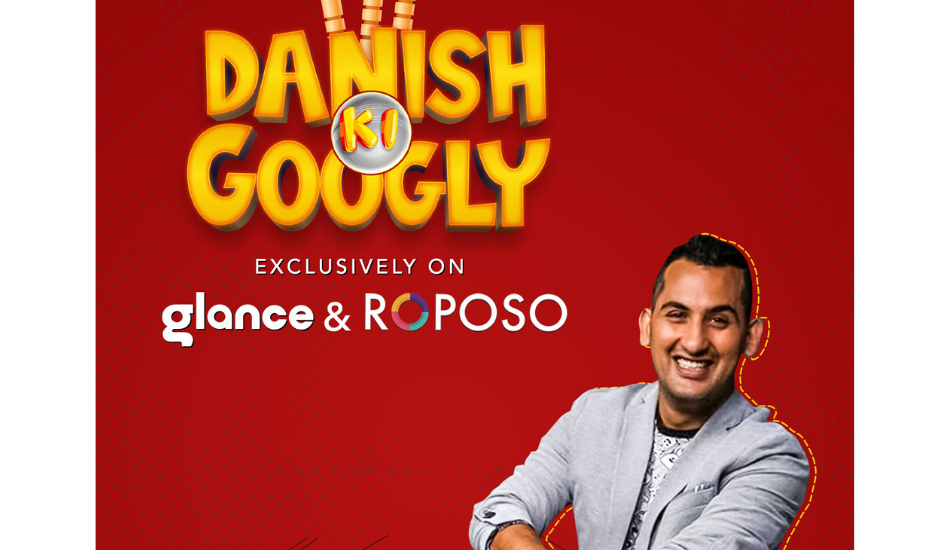 A new Cricketainment series by Glance is being launched on Roposo with Danish Sait as its host.

Glance has announced a new Intellectual Property (IP) web series on Roposo, called ‘Danish Ki Googly’ in a move to tap in a new set of audience as well give some something to existing users who are interested in IPL 2020. The host of the show is Danish Sait who is also a stand-up comedian, television host, radio jockey, actor, and writer.

Roposo is the video-sharing social networking platform owned by Glance. Available in English and 10 Indian regional languages, the app enables users to express themselves and connect with others using short-form video content.

The series is about Danish’s take on cricketers and their performance on the field and off the field, team owners, cheerleaders, the lack of audience, the bubble and who broke it.

Roposo, the social video app has close to 100 million downloads and 55 million monthly active users. The app now intends to drive higher engagement on its video platform during the cricket season. The series will also be available on Glance Lockfeed which has a daily active user base of more than 100 million.

Speaking about the new web series, Danish said, “I am thrilled to join Roposo, India’s No.1 Social Video App, and Glance, India’s 3rd largest content platform. Roposo and Glance give me a chance to reach and entertain a huge audience of 200 Mn users during this cricket season.”

“Our focus during this season is on bringing great narratives to life and sharing them with our users. We have a fantastic line-up of narratives for the festive season that cut across genres, all backed by great new partnerships.” said Bikash Chowdhury, CMO Glance.