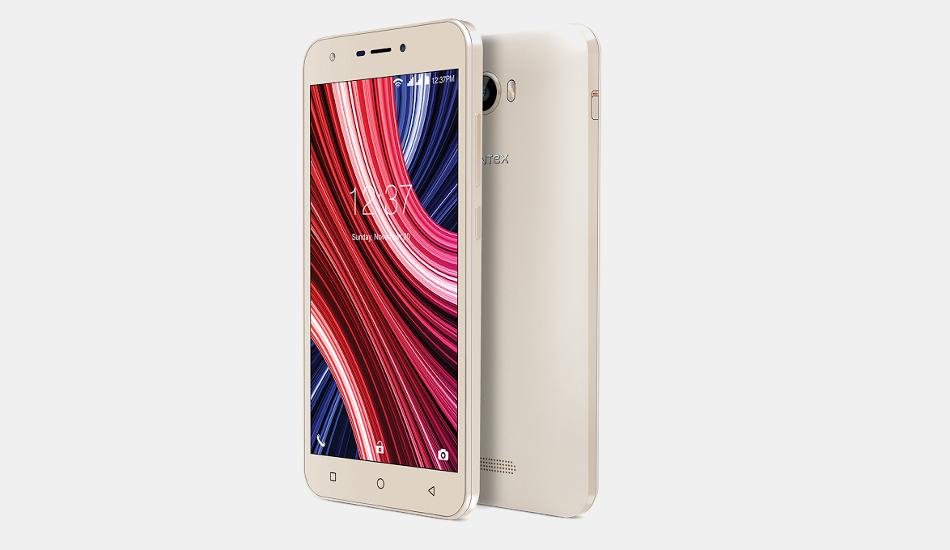 The smartphone is available exclusively on Amazon India and comes in Champagne gold colour.

The Intex Cloud Q11 4G comes with VR functionality and features a 5.5-inch HD display with aresolution of 1280×720 pixels and is powered by a 1.2 GHz Quad-core (MT6737V/W) processor. The smartphone runs on Android 6.0 Marshmallow operating system.

This VoLTE supported smartphone comes with 1GB of RAM, 8GB of internal storage, and expandable storage up-to 32GB via microSD card. On the camera front, the smartphone has an 8-megapixel rear camera with Dual Led Flashand aperture F2.2. On its front, it has 5-megapixel selfie camera with Single LED flash. The Cloud Q11 4G comes packed with 2800 mAh Li-ion battery, which claims to deliver up to 10 hours of talk-time and up to 500 hours of standby time.

The smartphone also offers Intex’s in-house VAS named LFTY – Experience the New Left, like its predecessor. The Left screen concept aims at providing a seamless cohesive mix of multi-category content and value ads to the end consumer on the left screen. A single screen for multiple utilities and content categories i.e. access to content and utilities in 1 swipe – Video, Music, News, Shopping, Weather, Twitter, Best Apps et al. Further, this helps in filtering pop-ups/distractions on the home screen. The company this time also introduced some new features, one of them is “Tap and Buy”, which helps in improving online shopping experience by the use of artificial intelligence. It enables the user to compare prices of products across different e-commerce sites, with just a single tap. MiFon Security and Vistoso are two other features that enhance the utility of the smartphone, the company explained these features in press note.