Intel's clover trail+ CPU's allows it to be used in both smartphones as well as tablet while having much better graphics as well.

Chip maker, Intel has announced the launch of a new Atom based chip platform for mobile devices, named as Clover Trail+.

Intended to power smartphones and tablets alike the new platform will enable high performance devices while putting Intel Atom processor in the fast lane as well. 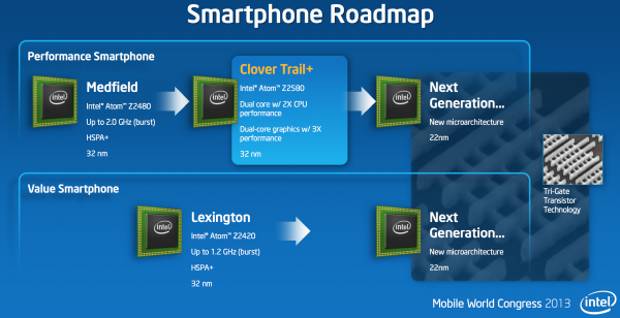 The Clover Trail processor Z2580 has two cores, both capable of reaching the peak clock speed of 2 GHz, as compared to the present Clover trail that has a single core capable of doing 1.6 GHz. So there will be a performance difference that will be in for devices based on the newer platform.

Built using 32nm fabrication, the chips will offer better energy saving along with that the devices will be capable of having up to 16 megapixel cameras as well as full HD 1080p video recording and playback capabilities as well.

With that the devices will now get support for the all new Jelly Bean operating system thereby allowing devices to have better compatibility with application as well.