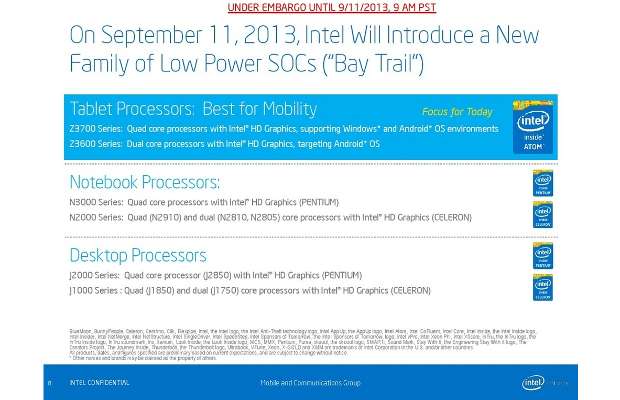 The Bay Trail chips will support up to 2560 x 1600 pixel displays and also Intel’s own wireless display technology to share the screen with HD TVs. The tablets powered by Bay Trail chips could be as thin as 8 mm, lightweight and have screen real estate between 7 and 11.6 inches. Intel has also added a plethora of security and data protection technologies on the chipset. It aims to bring 64-bit support for the tablets by early next year 2014. 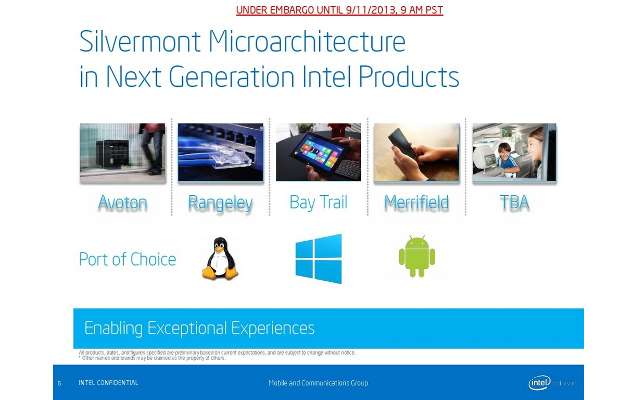 Only by the end of this year can we expect to see some Intel Atom Bay Trail Z3000 series SoCs packed thin tablets running Android or Windows 8.