Instagram is rolling out a dark mode to its app on iOS 13, Android 10 and some Android 9 phones.

Instagram has started rolling out an update to its stable build with a new feature that has been anticipated for long – dark mode. The update comes weeks after Instagram Alpha users reported dark mode on their accounts and just days after beta app users received the same.

The news has been confirmed that Instagram CEO Adam Mosseri who revealed on Twitter that Instagram is finally rolling out a dark mode on the smartphone app. Mosseri said that the feature can be accessed by turning on the system dark mode on devices running Android 10 and iOS 13.

We can, however, confirm that dark mode on Instagram is also running on phones with Android 9 Pie which supports system-wide dark mode. Dark mode replaces the white spaces on Instagram with black colour while the top and bottom parts of the interface shifts from mild grey to dark grey. 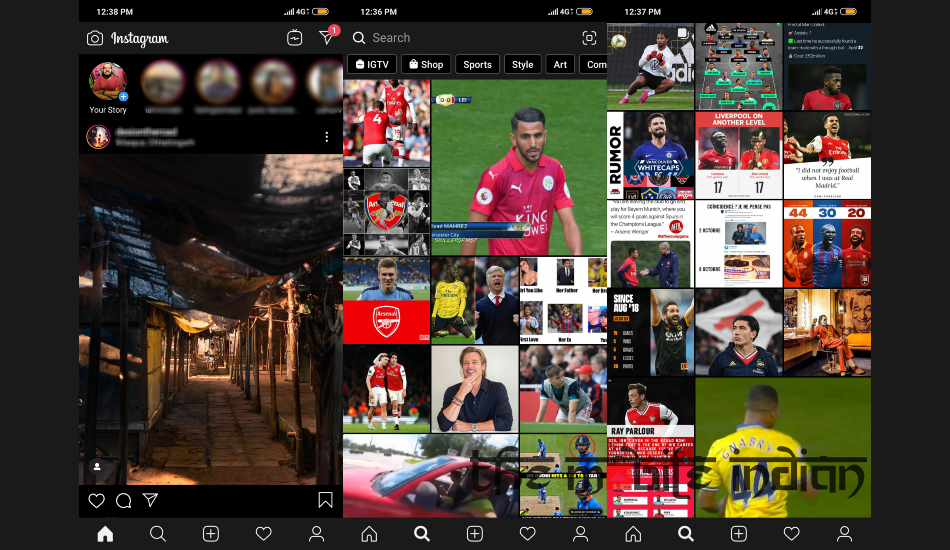 Instagram’s dark mode can be accessed on compatible devices after updating the Android app to version 114.0.0.38.120 or higher.