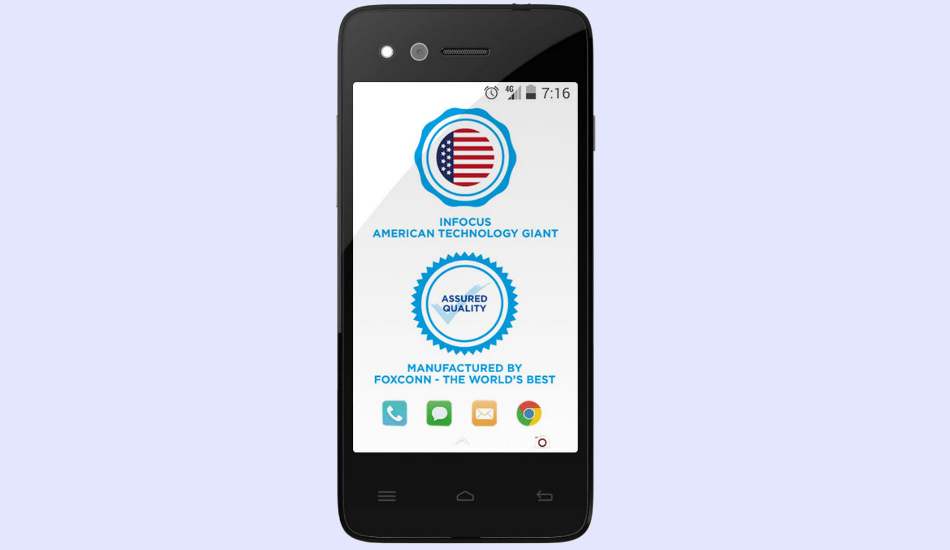 Currently, the Infocus M260 is listed as sold out on Snapdeal.

A new Infocus smartphone, Infocus M260, has been spotted online on Snapdeal at Rs 3,999. But at the time of writing this news, the phone was listed as sold out on the e-commerce site. However, few websites are claiming that the phone has already been launched, though Infocus has not officially said so till date.

As per the listing, Infocus M260 features a 4.5-inch (854 Ã— 480 pixels) FWVGA IPS display. It is powered by a 1.3 GHz quad-core MediaTek MT6582 processor coupled with 1GB. The device runs on Android 5.1 Lollipop operating system out of the box with Inlife UI on top.

Infocus M260 comes with a 5 megapixel rear camera with LED flash. For selfies, it comes with a 2 megapixel front camera. The rear camera features are 4X digital zoom, exposure compensation, continuous shooting, scene setting, white balance, face recognition and beauty shot. It comes with an 8 GB in-built storage which can be expanded to upto 32GB through a micro SD card. It packs a 2,000 mAh battery.