Infinix has launched a new smartphone called Smart 6 Plus which comes with a 720p IPS TFT display and 5000 battery. 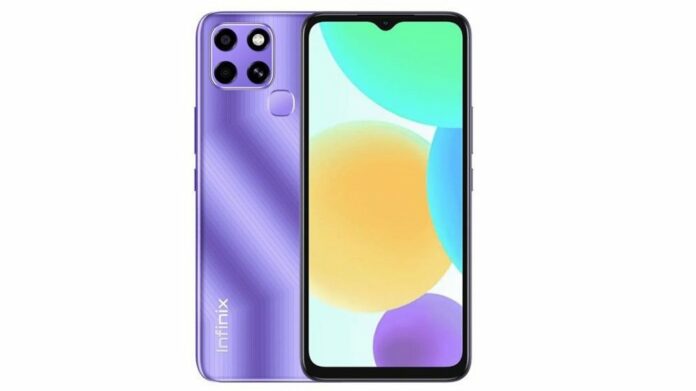 The Infinix Smart 6 Plus is priced at N60,990 (approx. Rs 11,200). It comes in Purple, Ocean Blue, Light Sea Green, and Polar Black colours. The phone can be purchased from authorized online and offline stores in the country.

The phone features a 6.6-inch HD+ display with 720 × 1600 pixels resolution. Further, the display comes with a water-drop notch design and 20:9 aspect ratio.

The phone packs the MediaTek Helio A22 processor, which clocks at 2GHz. The phone has 2GB RAM and 32GB storage. The storage up to 128GB is expandable via a microSD card.

For photos and videos, the phone comes with a dual rear camera setup with an 8-megapixel primary sensor. In addition there is a QVGA sensor. The rear camera is capable of shooting 1080p videos at 30fps. For selfies and video calls, the device uses a 5-megapixel shooter.

As for software, the handset runs Android 11 Go Edition. There’s also a 5,000mAh battery with charging speeds up to 10W. In addition, it includes a micro USB port, Bluetooth, a 3.5mm headphone jack, a rear-mounted fingerprint sensor and face unlocking. The phone also has face recognition as well.

In related news, Infinix Hot 11 2022 will soon launch in India. The upcoming Infinix phone will come with flat side frames and a sleek and glossy look. Further, there will be also a side-mounted fingerprint scanner. As for the pricing, the company has confirmed the phone will be priced under Rs 10,000. It will be available in Aurora Green, Polar Black, and Sunset Gold colour options.