Infinix has today launched its new phone in India - Infinix S5 Pro. the phone comes in a single storage of 4GB + 64GB priced at Rs 9,999.

Infinix S5 Pro features a 6.53-inch Full HD+ display with a screen resolution of 2220 x 1080 pixels along with 480 nits brightness, a pixel density of 394ppi and 91 per cent screen-to-body ratio. The smartphone is powered by a 2.35GHz octa-core MediaTek Helio P35 processor along with 4GB of RAM and 64GB of internal storage that is further expandable via microSD card. 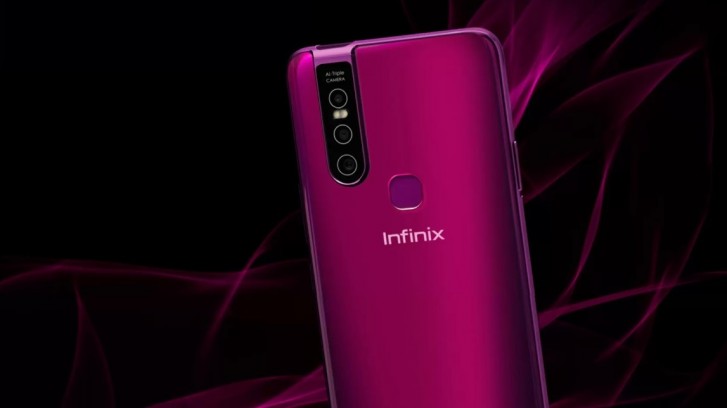 The major highlight of the smartphone is the new pop-up selfie camera with 16-megapixel shooter with f/2.0 aperture. For the rear, it comes with a triple camera setup with a combination of 48-megapixel primary lens with f/1.79 aperture, 2-megapixel depth sensor, and a dedicated Low light sensor along with dual-LED flash. At this price tag, it is the cheapest smartphone in the market to feature a pop-up camera module.


The phone runs on Android 10 with XOS 6.0 custom skin on top and it is loaded with a 4,000mAh battery that draws power through a micro-USB port at up to 10W. The Infinix S5 Pro features a rear fingerprint sensor as well. On the connectivity front, it supports dual 4G VoLTE, WiFi, Bluetooth 5.0, GPS, dual-SIM and micro USB port.

Infinix S5 Pro to launch in India on March 6

Infinix S5 Pro all set to be launched in India today