Infinix Note 12 series is all set to debut in India with 5G. 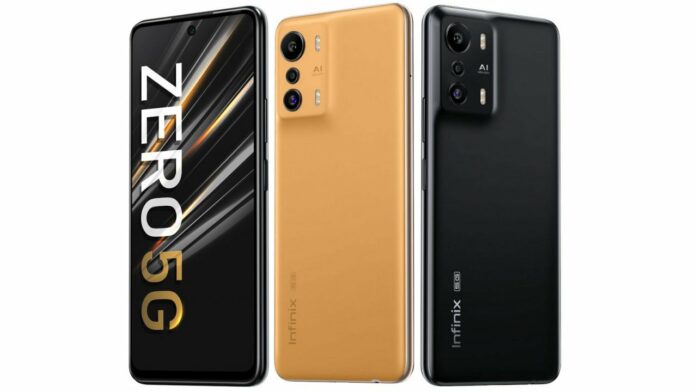 Infinix launched the Note 12 series of smartphones back in May but those weren’t 5G capable devices. Now, the brand is expected to launch its smartphone series with 5G, which should be called Note 12 5G. It is speculated to arrive in the upcoming month. According to the leaked images, one of the devices from the series will have a 108 MP primary camera.

The smartphones are expected to offer an AMOLED display. While the price range for both devices, the Note 12 5G and Note 12 Pro 5G has not been released, it has been revealed that the series would be placed in the affordable segment. According to reports, the new Infinix Note 5G series should support 12 5G bands and may come with relatively better specs than its predecessors.

To recall, Infinix Note 12 series consisted of the Note 12 and the Note 12 Turbo in India out of which the latter was the more powerful one. The Note 12 series sport a 6.7” FHD+ AMOLED display with 1000 nits of peak brightness, 108% NTSC Ratio and 100% DCI P3 colour gamut. Both the devices in the series came with a Drop notch screen, 92% screen-to-body ratio and 180 Hz touch sampling rate.

The Infinix Note 12 will come with an advanced MediaTekHelio G88 processor, whereas Note 12 Turbo has a MediaTek Helio G96 processor.

Backed by the latest XOS 10.6 skin for the users, the Note 12 operates on the Android 11, whereas Note 12 Turbo operates on Android 12. They pack a 5000mAh battery with support for 33W fast charging. The devices feature a triple camera set up with 50MP as the primary camera lens with f/1.6 large aperture, a secondary lens with a 2MP depth sensor to capture perfect wide shots, and an AI lens.