The Infinix Hot 11S is launching in India on September 17 with a 50-megapixel primary camera, Helio G88 chipset, 18W charging and more. 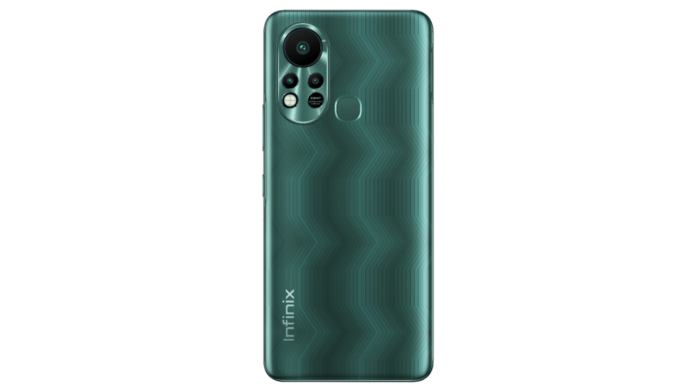 It is expected that the phone will come with a 50-megapixel primary sensor along with two more sensors. The details for additional sensors is still under wraps. There will be a Quad-LED flash as well to accompany the cameras.

As per the leaked image of the device, it will have a new wave design with a curvy camera interface. The device will further support 18W Type C fast charging for the first time in the HOT series. It may even sport dual stereo speakers with DTS Audio support. Furthermore, it is also expected to arrive in Green wave, 7-degree purple and Polar Black colour options.

An earlier report states the phone will launch in two storage configurations. The base variant will have 4GB of RAM and 64GB of storage. There will also be a 6GB RAM with 128GB of internal storage variant of the Hot 11S. These variants will be priced at Rs 9,999 and Rs 10,999, respectively.

Infinix has already confirmed that the phone will feature the MediaTek Helio G88 SoC. It is the same processor that is found on the Xiaomi Redmi 10 Prime. Meanwhile, Infinix Hot 11 and Infinix Hot 11S have also appeared on the Google Play Console. Infinix Hot 11 will feature a water-drop notch display with Full HD+ 1080 × 2408 pixel resolution.

For the Hot 11S, this smartphone will come with a punch-hole display with a 1080 × 2460 pixel resolution. In addition, it will come with Helio G88 SoC with 4GB of RAM.