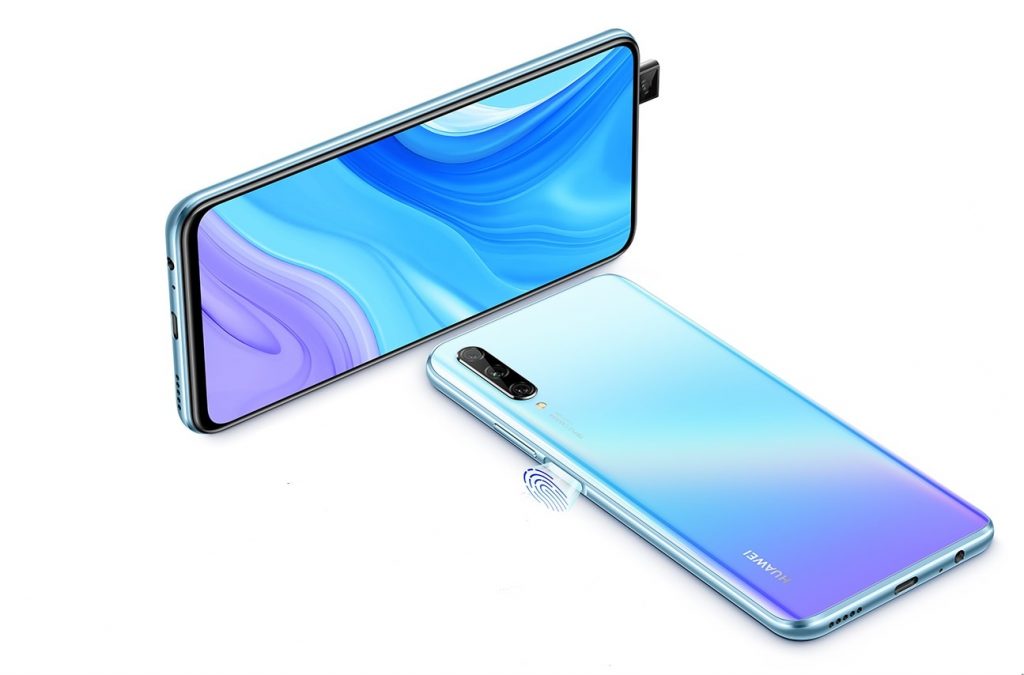 Huawei Y9s was launched in India recently. Now starting today, the smartphone is available to purchase in India on Amazon exclusively.

Huawei Y9s is priced at Rs 19,990 for the sole 6GB + 128GB storage variant. The device is available in two colours: Midnight Black and Breathing Crystal.

Launch offers include on the purchase of Huawei Y9s include 9 months no cost EMI, exciting exchange offer of Rs 1500 and Rs 1000 Amazon Pay Cash Back.

Huawei Y9s features a 6.59-inch FULL HD+ ‘Ultra FullView’ display with a resolution of 2340 by 1080 pixels and 91% screen-to-body ratio. Under the hood, the phone is powered by an octa-core Kirin 710F SoC coupled with 6GB of RAM and 128GB of storage which can be expanded upto 512GB via a microSD card slot.

The Huawei Y9s runs EMUI 9.1 out of the box based on Android 9 Pie and it is backed by a 4,000mAh battery with 10W charging via USB-C port which is claimed to support continuous calling for 40 hours, music playback for 80 hours and video playback for 9 hours. It has a side-mounted fingerprint scanner which claims to unlock the phone in 0.3 seconds.