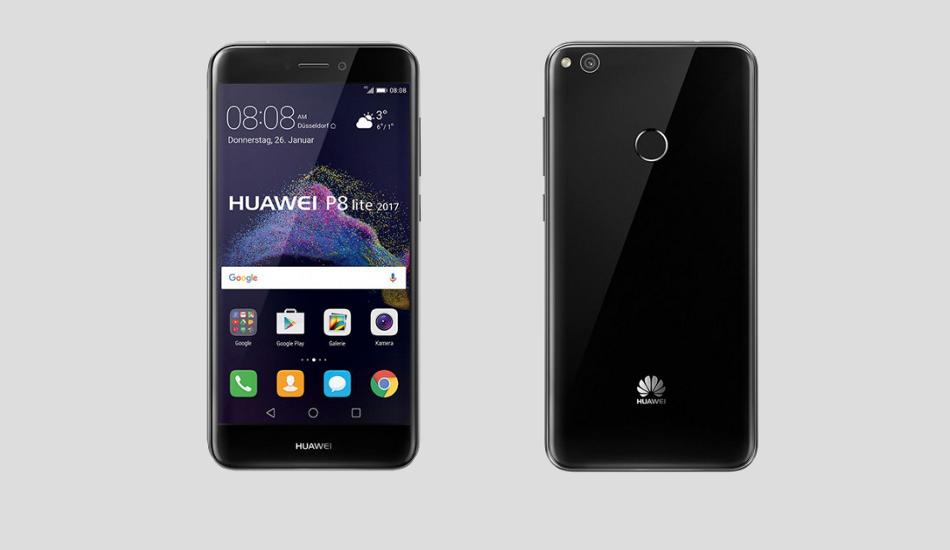 The smartphone will be made available at the end of January.

Huawei has unveiled its new smartphone for European markets, which is named as Huawei P8 Lite (2017). The smartphone is priced at 239 euros (approximately Rs 17,304) and will be made available at the end of January.

The Huawei P8 Lite (2017) features a 5.2-inch full HD IPS display with resolution of 1920 x 1080 pixels. It comes equipped with an octa-core A53 Kirin 655 processor, which is paired with Mali-T830MP2 GPU. It comes with 3GB of RAM and 16GB internal storage. The smartphone runs on Android 7.0 Nougat operating system and is backed up by a non-removable 3000 mAh battery.

The P8 Lite (2017) sports a 12-megapixel rear camera with f/2.0 aperture, LED flash, and an 8-megapixel front-facing camera for front-facing for selfies and video calling. The smartphone also houses a fingerprint scanner, which is integrated on its back panel. Besides, the smartphone offers Dual SIM, 4G/LTE, WiFi, GPS, Bluetooth 4.1, and a microUSB port.