The Huawei Ascend P7 has a 5 inch display with full HD resolution against the 4.7 inch HD display of Ascend P6.

Huawei Ascend P7, successor to Ascend P6, will be launched in India for Rs 26,999 by month end according to information shared by the company with The Mobile Indian.
The Huawei Ascend P7 has a 5 inch display with full HD resolution against the 4.7 inch HD display of Ascend P6. It runs on Huawei-made HiSilicon Krin 910T chipset sporting 1.8 GHz quad-core Cortex-A9 CPU, Mali 450 GPU and 2 GB RAM. 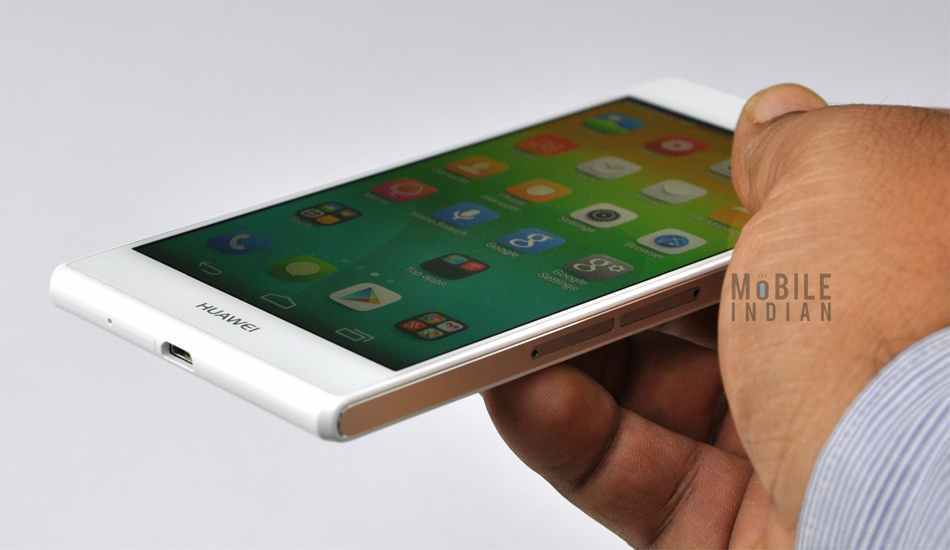 Ascend P7 will come preloaded with Android 4.4 KitKat operating system and will have Huawei Emotion 2.3 user interface. It has 16 GB internal storage and an expandable storage slot that can accommodate a microSD card of up to 32 GB capacity.
The P7 measures 139.8 x 68.8 x 6.5mm thus it is a bit thicker and taller and even broader than the P6 which is quite obvious as the new handset has a bigger display. Besides, the Ascend P7’s display as well as rear panel has Corning Gorilla Glass 3 protection. 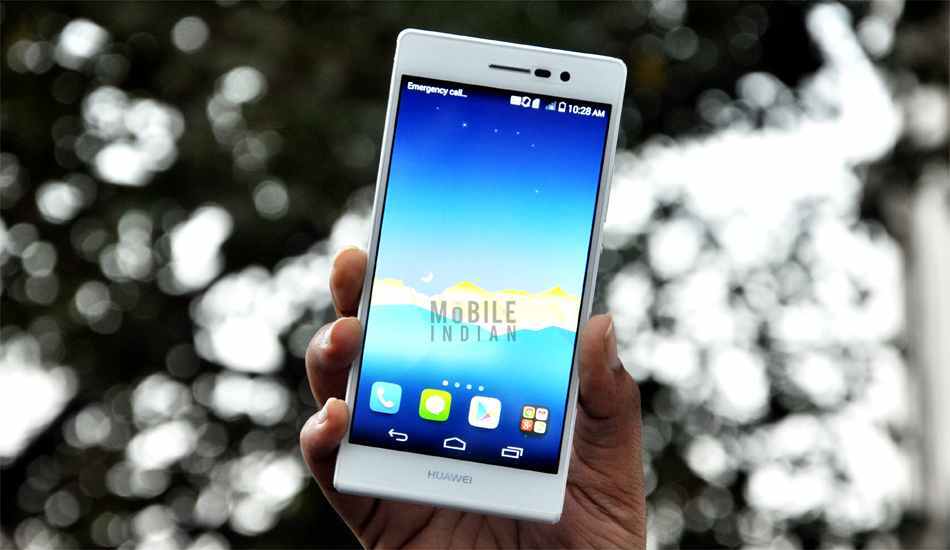 Ascend P7 is powered by a 2,500mAh Li-Po battery which claims to provide 14 hours of talk time. It has a 13 megapixel rear camera with Sony BSI sensor and f/2.0 aperture. For selfie lovers it has an 8 megapixel front camera with BSI sensor and 5-pieces lens. For connectivity, the Ascend P7 has LTE, Bluetooth 4.0, WiFi 802.11n, microUSB 2.0 and NFC.

It seems that off late Huawei has a new strategy in place for Indian market where in they want to launch smartphones and tablets at regular interval and that too in different price points. Just a few weeks back Huawei had launched two smartphones – Honor 6 and Honor Holly, and two tablets – Honor X1 and Honor T1. Interestingly all the four devices are available exclusively on Flipkart.
Among all the devices launched Honor 6 was the best of the lot. It comes with a 5 inch IPS display, sporting full HD resolution. It measures 139.6 x 69.7 x 7.5 mm and weighs just 130 grams.
The Honor 6 has Android 4.4.2 Android operating system but it uses the Huawei Emotion 2.3 UI which has a completely different look than the native Android UI. It has the HiSilicon Kirin 920 chipset that comprises an octa core processor, Mali T628 MP6 GPU and 3 GB RAM – powerful enough to run high end games as well as for multitasking. 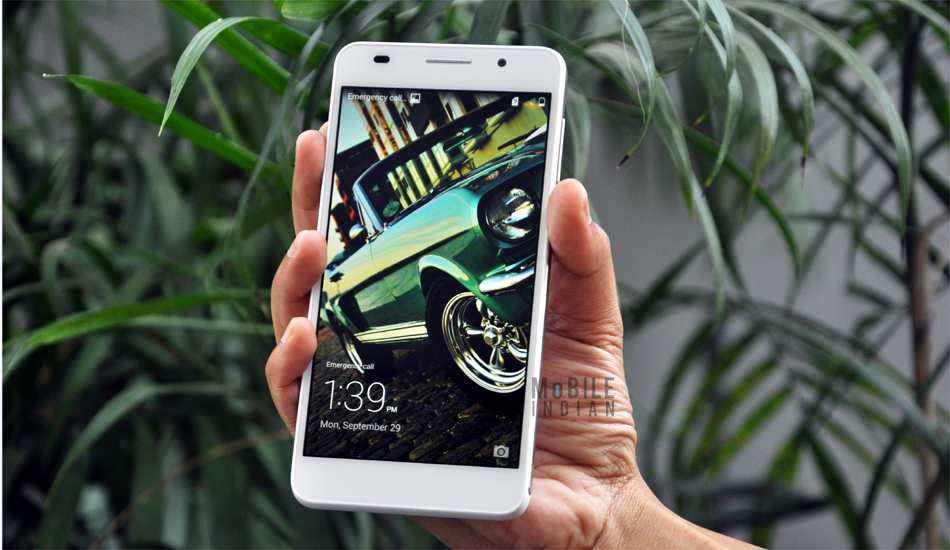 The phone comes in 16 and 32 GB storage versions and has a micro SD card slot that can accommodate a 64 GB card. There is a 13 megapixel auto focus camera and two LED flash lights in the rear panel in the Honor 6 while a 5 megapixel camera is in its front.
The Honor 6 has two SIM slots and is compatible with 4G network. Other than that, the Honor 6 has Bluetooth 4.0 with A2DP, WiFi with Hotspot feature, DLNA, and a micro USB 2.0 port. It has a 3100 mAh Li-Po battery. Despite such high end features, Huawei has shrewdly priced it at just Rs 19,999.

Read reviews of the three devices launched by Huawei:

Huawei Mediapad T1 Review – Jack of all trades but master of none.