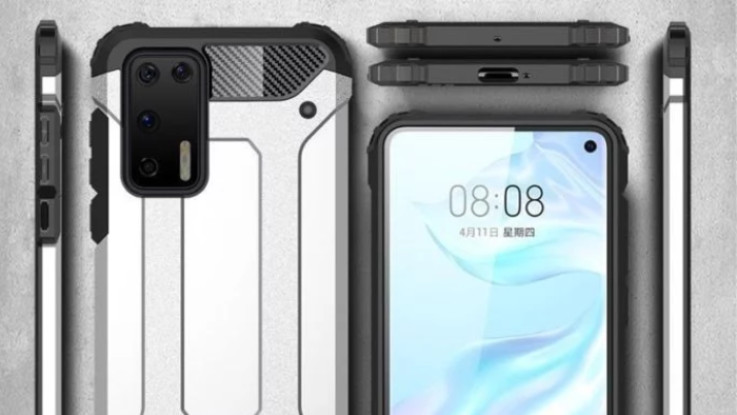 Some case renders of the upcoming smartphone has been leaked online revealing key design features.

Huawei is said to be working on its next flagship smartphone series, the Huawei P40. Now, some case renders of the upcoming smartphone has been leaked online revealing key design features.

The case renders were posted by GizmoChina and it reveals the front and back panel of the upcoming smartphone. To start with the back panel, the Huawei P40 will come with an L-shaped quad-camera setup, which is situated at the top-left corner. The camera module also features LED flash along with some other sensors. 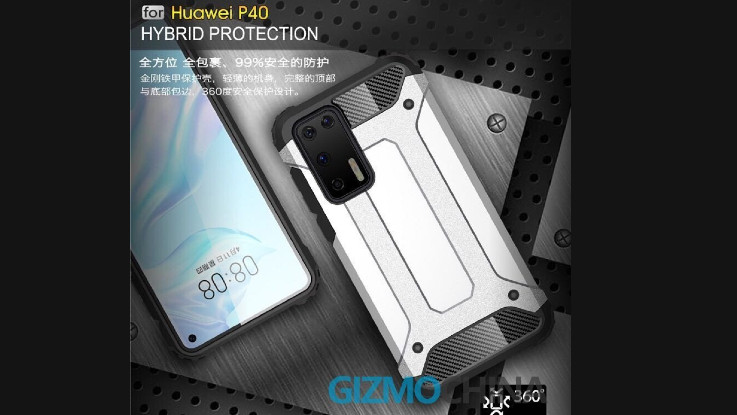 The front panel features a punch-hole design, which is placed at the top-right corner of the screen. The display comes with minimal bezels around the corner, though it does not feature a waterfall display, which we have seen in other Huawei smartphones. Furthermore, the right panel is loaded with volume controls and power on/off button. The bottom panel is loaded with a USB Type-C port and there is no 3.5mm audio jack, as per the case renders.

Previously, a Weibo user posted a picture of the Huawei P40 smartphone camera modules, supposedly from Huawei’s production line. The leaked photo, however, does not reveal much about the phone, but the camera bump seems to have enough space to house just three rear cameras. There are three circular cutouts and other smaller cutouts in the photo.

As per earlier leaked specs, Huawei P40 will feature a 40-megapixel primary lens along with a 20-megapixel ultra-wide-angle lens, an 8-megapixel periscope lens and a Time of Flight (ToF) sensor. The phone will be loaded with a 32-megapixel selfie shooter with 3mm hole.