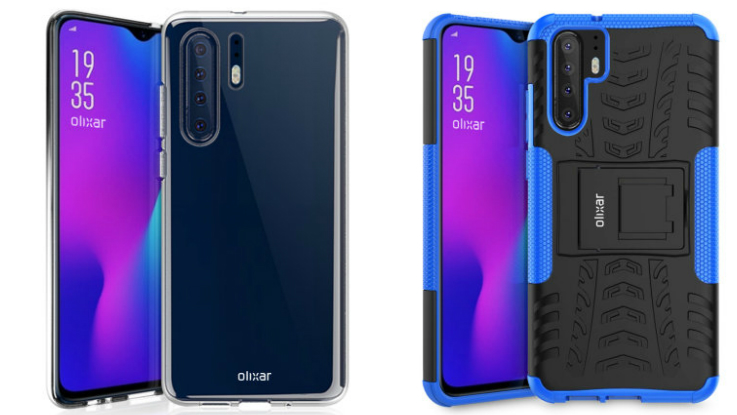 The case confirms that the smartphone will come loaded with four cameras and waterdrop notch.

Huawei is reportedly working on a new smartphone of its flagship P-series. Dubbed as P30 Pro, the smartphone’s case renders have been leaked online revealing some insightful design language.

The case maker Olixar has revealed multiple cases for the upcoming Huawei P30 Pro, which is currently up for pre-order on MobileFun website. The case confirms that the smartphone will come loaded with four cameras. If this is believed to be true then it will be a significant upgrade from its predecessor Huawei P20 Pro that is loaded with a triple-camera setup. The cameras are aligned vertically and one can also see some sensors and LED flash just adjacent to it. 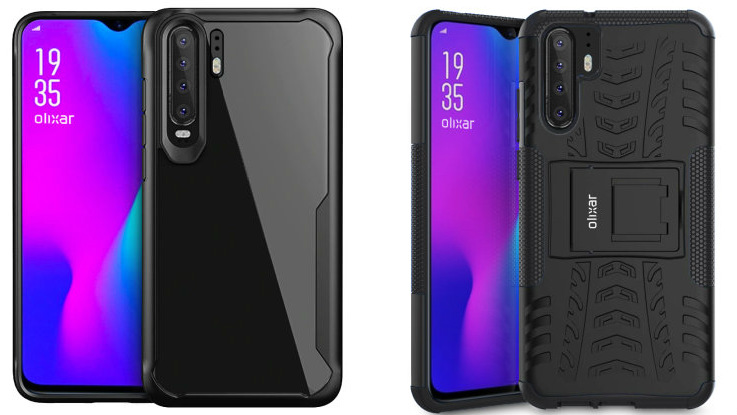 Moving on, the renders show that the upcoming phone will feature a waterdrop notch, which Huawei calls Dewdrop Notch Display. The device features a high screen-to-body ratio design with minimal bottom chins and almost non-existent side bezels. The right of the device will feature volume controls and LED flash.

Multiple reports suggest that Huawei P30 Pro will come loaded with a 10x optical zoom. One of the rear cameras might come loaded with a 40-megapixel sensor and it is reported that out of four cameras, one will feature Time of Flight (ToF). This will allow the smartphone to perform 3D scanning and modelling. The phone is also reported to sport curved OLED display panel, which will be manufactured by China’s BOE and there are chances that the panel could be bought from LG Display.