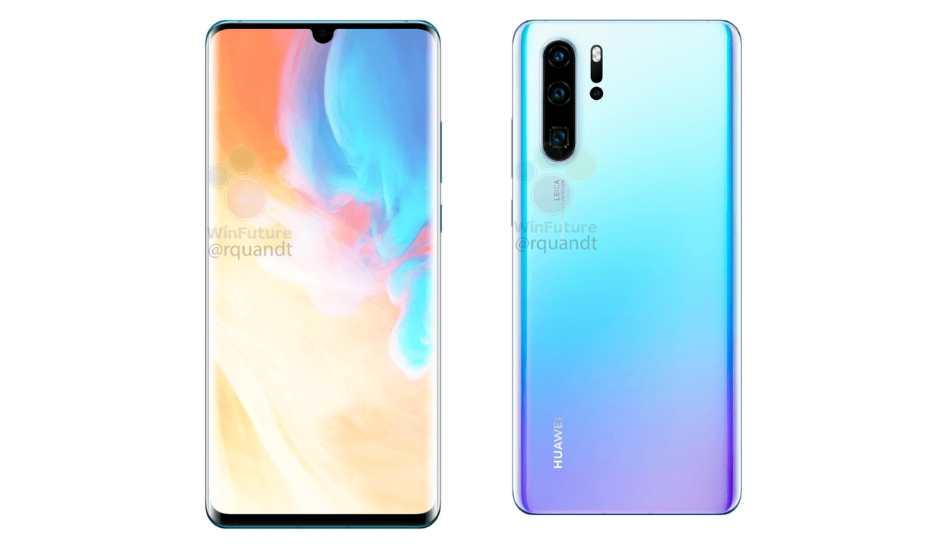 Starting with the Huawei P30 Pro, the smartphone will be available in three colour options out of which two will feature a gradient finish.

Huawei is all set to launch its new P-series on March 26 in Paris. Now, just ahead of official launch, the renders and some key details about the company’s upcoming Huawei P30 and P30 Pro has emerged online.

The renders were obtained by WinFuture and it shows both the smartphones in different colour options. Starting with the Huawei P30 Pro, the smartphone will be available in three colour options out of which two will feature a gradient finish. The front panel of the phone reveals a waterdrop notch at the top and there are almost no bezels around the edges. The back panel of the phone comes with quad-camera setup out of which three cameras are aligned vertically, while the fourth camera is placed beneath the LED flash and laser autofocus.

The report highlights that the smartphone will come loaded with a 10x hybrid zoom, which could be a combination of a telephoto lens coupled with 5x zoom. The camera is co-developed in partnership with Leica and the render reveals that the phone will come with a 16-125mm focal length and it will have f/1.6 – f/3.4 aperture sizes. The fourth sensor is reported to be the Time-of-Flight (ToF) sensor, which we recently saw in the Honor View 20. 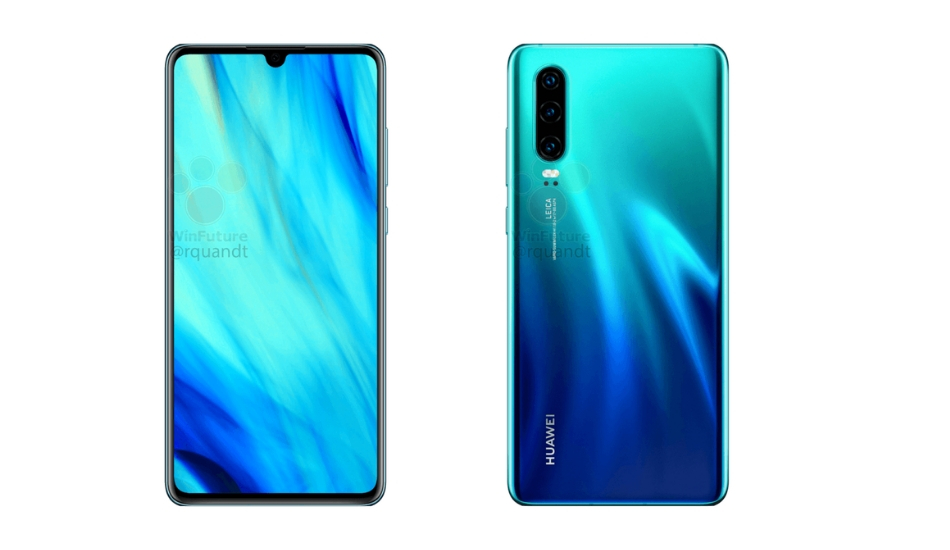 Coming to the standard Huawei P30, the smartphone will feature a triple-camera setup and it will house laser autofocus. The renders reveal that the phone will feature a standard dewdrop notch, which is present in recent Huawei and Honor smartphones. The phone is reported to employ a wide-angle sensor, a telephotolens and an ultra-wide angle lens. The focal length will range from 17mm to 80mm and the aperture size will be between f/1.8 and f/2.4.

The renders of both smartphones do not have a physical fingerprint sensor, meaning that Huawei will use an in-display fingerprint scanner on the upcoming smartphones. As for the specs are concerned, the phones are reported to be powered by HiSilicon Kirin 980 chipset and it would be interesting to see whether the company will add Balong 5000 modem for 5G connectivity for selected markets or not.