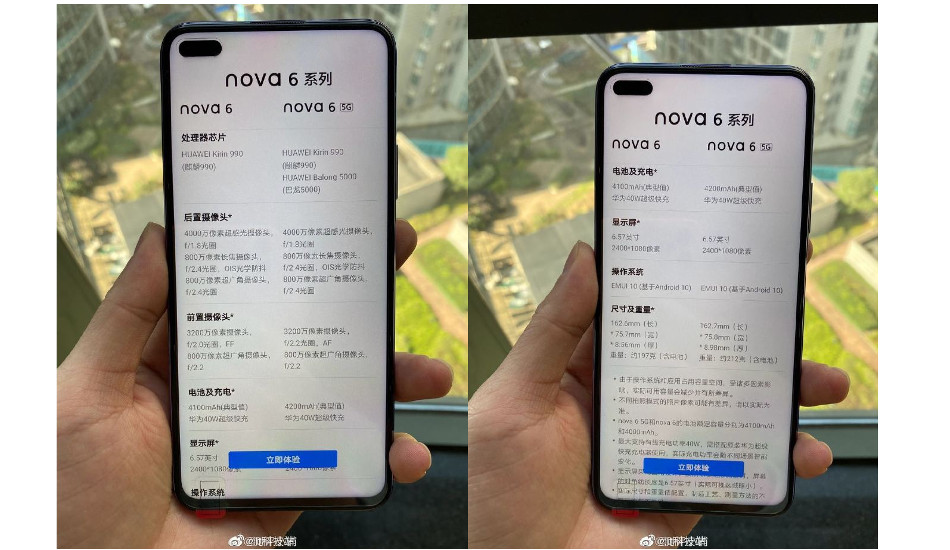 Huawei Nova 6 will be equipped with dual front-facing cameras with 32MP + 8MP for ultrawide angle selfies.

Huawei will launch Nova 6 in China on December 5. Huawei Nova 6 will arrive in 4G and 5G editions. Now ahead of the launch, the entire specs of its 4G and 5G variants of the Nova 6 have surfaced online.

For the camera, the Nova 6 will be equipped with dual front-facing cameras with 32MP + 8MP for ultrawide angle selfies. The phone will come with a triple rear camera with a combination of a 40MP primary sensor with two 8MP sensors. It will also have a 4100mAh battery with support for 40W SuperCharge wired fast charging.