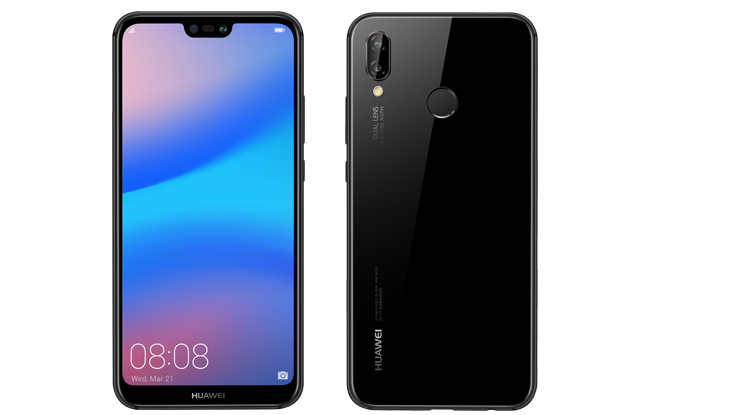 The listing reveals also confirms that the smartphone will come equipped with a top-notch, which is now becoming a new trend in the smartphone market.

Huawei is reportedly working on upcoming Nova 3e, which is none other than Huawei P20 Lite. The smartphone is scheduled to launch on March 20 and just ahead of official launch some key specs and pricing of the device have been revealed.

The smartphone has been found listed on China Telecom’s website and it has first spotted by Playfuldroid. The listing reveals that the smartphone will come with a price tag of 2099 Yuan for the 64GB storage option, while the 128GB storage variant is priced at 2299 Yuan.

The listing reveals also confirms that the smartphone will come equipped with a top-notch, which is now becoming a new trend in the smartphone market. The Huawei Nova 3e features a 5.84-inch Full HD+ display with a screen resolution of 2280 x 1080 pixels and an aspect ratio of 19:9. The phone will be powered by Hisilicon Kirin 659 octa-core processor. The device is equipped with 4GB of RAM and it will be available in two storage options: 64GB and 128GB. The memory can be further expanded up to 256GB via micro SD card slot.

On the camera front, the Huawei Nova 3e will feature a dual-camera setup at the back with a combination of 16-megapixel sensor and 2-megapixel shooter. The listing reveals that the smartphone will be backed by a 3000mAh battery and it will support connectivity options including WiFi, Bluetooth, GPS, dual-SIM and USB Type-C port. The phone measures 148.6×71.2×7.4 mm and weighs 145 grams.

Meanwhile, Huawei is set to announce the Huawei P20 as well later this month on March 27. Recent leaks reveal that the smartphone might come with a larger screen-to-body ratio and one can also see a top notch, which is found in Apple iPhone X. Due to complete bezel-less design, the fingerprint sensor might be shifted to the back panel. The triple-lens cameras are vertically aligned in this one as well, though it is present at the top-centre position of the back panel.