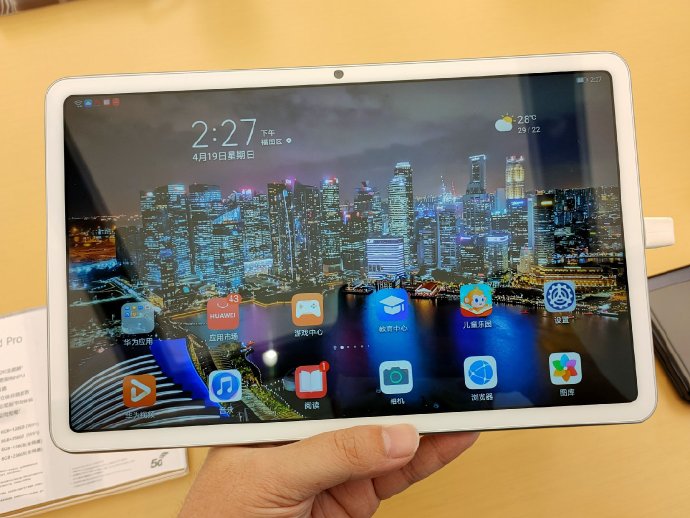 A new tablet called Huawei MatePad 10.4 will be launched in China on April 23. Now ahead of the official launch, a series of live images have surfaced online. The company has also confirmed the launch event for its next MatePad product i.e MatePad 10.4 on April 23. 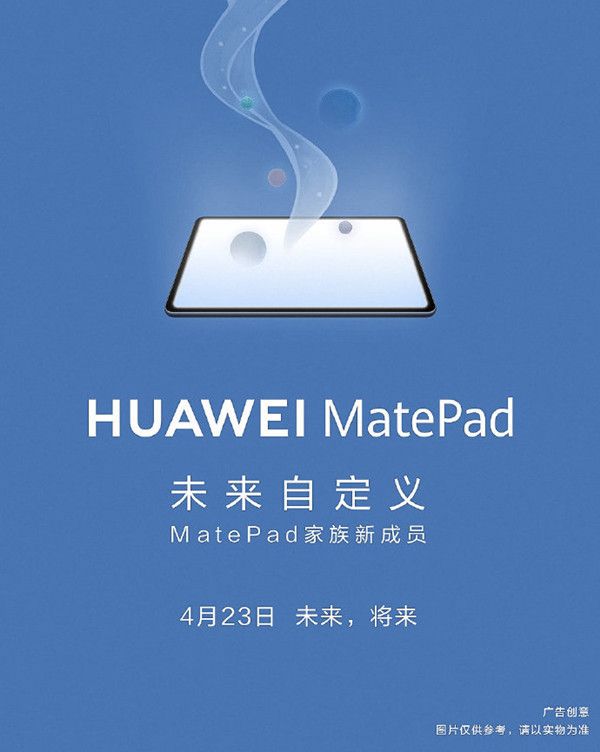 The images have leaked on Chinese microblogging website, Weibo which reveal the front and rear design of the tablet. The front panel shows that Huawei MatePad 10.4 will come with slim bezels along its four sides. The images show that the rear of the tablet will feature a single camera sensor with a LED flash. 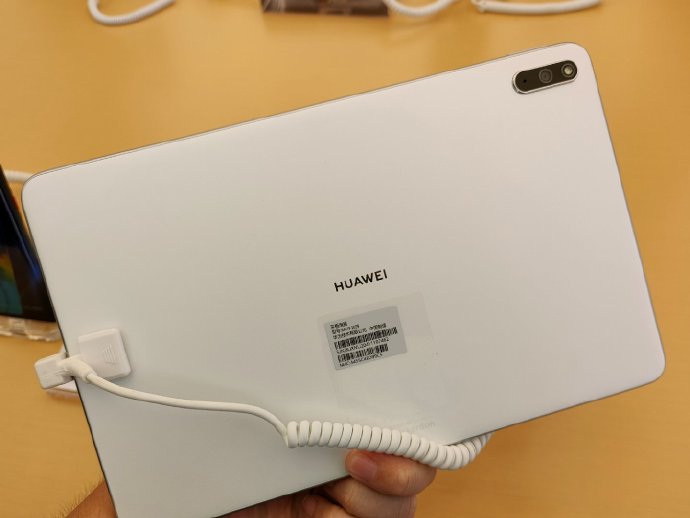 Huawei MatePad 10.4 features a 10.4-inch IPS LCD display with 1200 x 200 pixel resolution. It has an 8-megapixel rear camera and the same 8-megapixel for the front. It carries support M Pen stylus and Bluetooth keyboard.