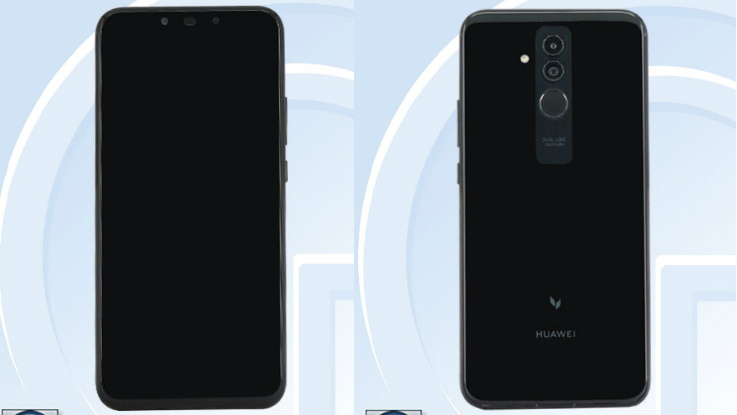 Huawei Mate 20 Lite comes with the model number HUAWEI SNE-LX1 on Geekbench. As per the GeekBench listing, Mate 20 Lite will be powered by Kirin 710 1.71 GHz octa-core processor. For storage, the listing reveals that the smartphone will have 4GB of RAM. It will be run on Android 8.1.0 Oreo operating system. In the listing, the Huawei Mate 20 Lite scored a single-core 1598 points while a multi-core score shows 4665 points. 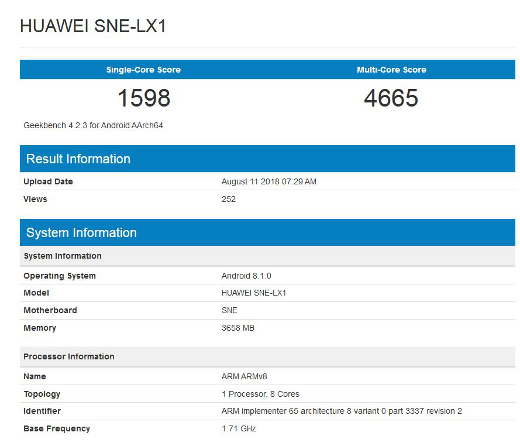 Recently, the device also appeared on TENAA with Kirin 710 SoC and 6GB of RAM. The Geekbench listing, on the other hand, shows 4 GB of RAM which means that the device will available in multiple RAM variants of 4GB and 6GB.

As per earlier reports, Huawei Mate 20 Lite will be priced around $400 which is approx. Rs 27,970 and it will be available for sale by the end of August. It will feature a 6.3-inch display with 2340×1080 pixels resolution and powered by HiSilicon Kirin 710 2.2GHz octa-core processor coupled with Kirin 659 GPU.