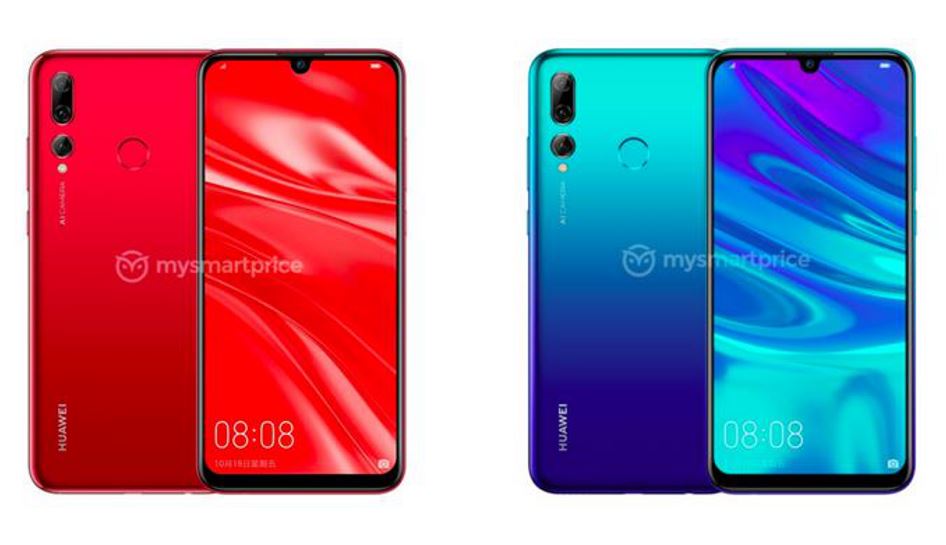 Huawei has scheduled a launch event in China on March 25 in which the company is expected to launch Enjoy 9S and Enjoy 9e smartphones along with the MediaPad M5 Youth Edition tablet. Now ahead of the launch, specs and press render of Huawei Enjoy 9S have been leaked online. The renders show it will come in Red, Blue, Aurora, and Black colour options.

As per the images, the Huawei Enjoy 9S will feature a U-shaped notched display at the top, housing a single selfie camera. The rear of the smartphone features a triple-camera setup. The Enjoy 9s will also have a circular fingerprint sensor at the rear.

For the specifications, the report reveals that the Huawei Enjoy 9S will feature a 6.21-inch Full HD+ display featuring 1080 x 2340 pixel resolution and a 19.5:9 aspect ratio. Under the hood, it will be powered by a Kirin 710 octa-core chipset with four ARM Cortex-A73 cores clocked at 2.2 GHz and four ARM Cortex-A53 cores clocked at 1.7 GHz. The phone will have 4GB of RAM and 64GB and 128GB of internal storage variants and can be expanded via a microSD card slot.

For the camera department, the phone will be equipped with a triple rear camera setup with a 24MP primary sensor, 16MP wide-angle lens, and a 2MP depth sensor. On the front, there will be an 8MP sensor for selfies and video calls. The phone will be fueled by a 3400mAh capacity battery. In terms of software, the Huawei Enjoy 9s is likely to ship with Android Pie-based EMUI 9.0 out of the box.