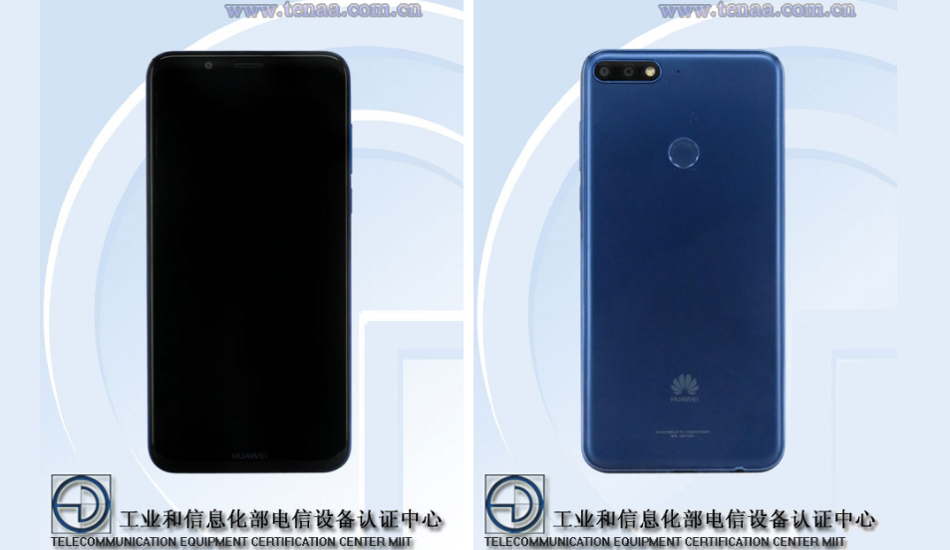 Huawei Enjoy 8 has a dual rear camera with 13-megapixel and 20-megapixel sensors.

Two Huawei smartphones with model number LDN-TL10 and LDN-TL20 have appeared on Chinese certification website, TENAA. The listing reveals some key specs and design of the upcoming smartphones. However, the device in terms of designs and its specs appears to be the same as the alleged Honor 7C that was reported to be certified in China earlier in the day. As per reports, the two variants are said to be alleged Honor Enjoy 8 or Huawei Y5 (2018) smartphone.

On the camera front, the Huawei Enjoy 8 has a dual rear camera with 13-megapixel and 20-megapixel sensors with LED flash and an 8-megapixel front-facing camera for selfies and video chats. The images on the TENAA listing show that the LND-TL10 has dual selfie cameras whereas the LND-TL20 variant has a single selfie camera.

Besides, the smartphone offers 4G VoLTE, Wi-Fi (802.11 b/g/n), Bluetooth 4.1, and GPS. The handset measures 158.3 x 76.7 x 7.8mm and weighs 155 grams. As per the listing, the phone comes with Gravity sensor, distance sensor, light sensor and will be available in Black, Gold and Blue colours. There is a fingerprint sensor at the back of the device as well.

There is no information about the pricing and availability of the device as yet, however, given the fact that it has been spotted TENAA, it will not be much longer before we see some new leaks revealing the pricing as well. So we request you to stay updated on our website for the same.