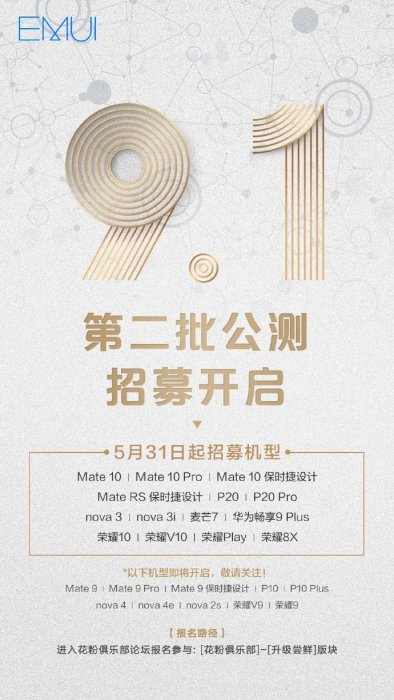 Users can apply for the new beta programme and download the custom user interface by simply registering on the company’s official website. Meanwhile, Huawei has also revealed that some older smartphones will also get EMUI 9.1 update, though it has not shared any timelines for the same. The list includes Mate 9, Mate 9 Pro, Mate 9 Porsche Design, Huawei P10, P10 Plus, Nova 4, Nova 4e, Nova 2s, Honor V9 and Honor 9.

To recall, the company rolled out a list of 49 smartphones that will get the EMUI 9.1 update back in April. The new update comes loaded with a host of interesting features like OneHop. This basically allows users to share photos and videos from a Huawei or Honor smartphone to a Huawei-powered Windows 10 machine with a single tap. It is similar to Apple's AirDrop. Apart from this, there are few add-ons like GPU Turbo 3.0, which optimise the processor power consumption by 10 percent. The new update of EMUI 9.1 brings a new interface to the Mate 20 smartphones with new icons for a more immersive experience.

49 smartphones of Huawei and Honor to get EMUI 9.0 update