Huawei is working on Ascend G700 sporting 5-inch display with 720p HD and packs a quad-core MediaTek processor inside.

Ideally targeted at the mid-range segment, this smartphone will be targeted for the budget to mid-range level price segment. Evleaks Twitter account shared the press image of the smartphone. 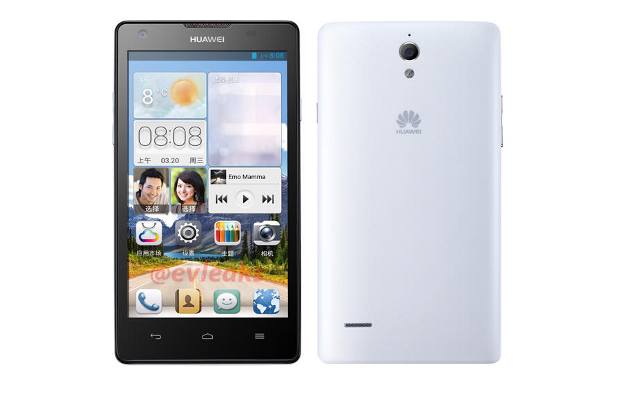 Huawei plans to release couple of large screen display bearing smartphone-tablet hybrid devices in the Ascend series. The image of yet another 5-inch display bearing Ascend G700 smartphone was leaked over the micro-blogging social network – Twitter. The Ascend G700 will feature a 720p HD resolution bearing display. Under the chassis, it will pack a quad-core MediaTek MT6589 mobile processor coupled with 2 GB RAM. This smartphone will come with Android 4.2 Jelly Bean update running on it.

This device will be ideally first made available in the China region. Several mid-range 5-inch display bearing devices can be expected this year and Indian being one of the fastest growing market, shall get to see more such devices. Only bothering issue is the consistent performance by this entry-level to mid-range devices apart from pricing.