The Ascend G510 smartphone features a large 4.5-inch display but with 854×480 pixel resolution and thereby offering about 218 pixels per inch pixel density. This smartphone packs a dual-core 1.2 GHz Qualcomm Snapdragon S4 Play MSM8225 mobile processor, 512 MB RAM and 4 GB on-board storage. It has a memory card slot which is capable of holding up to 32 GB micro SD card.

The 9.9 mm thick Ascend G510 weighs about 150 grams. At the rear it packs a 5 megapixel camera with LED flash for imaging and there is a 0.3 megapixel camera in its front. This smartphone will connect to 3G networks for faster data connection along with WiFi 802.11 (b/g/n) support. Other features include Bluetooth 2.1, DLNA, and GPS with A-GPS support. Huawei has packed a 1750 mAh battery that promises about 6 hours of talk time. 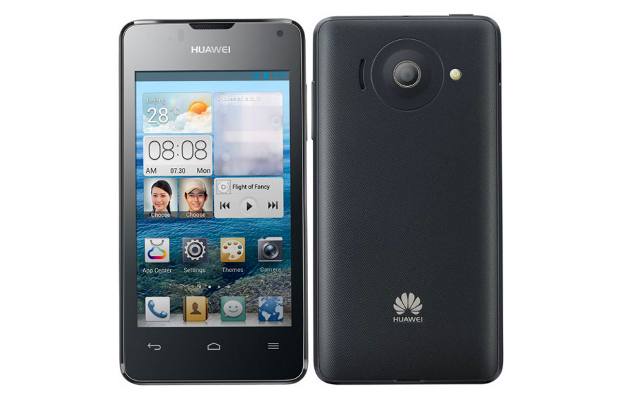 The Ascend Y300 will also connect to 3G networks along with WiFi 802.11 (b/g/n) for faster data connectivity. It features a 5 megapixel camera at the back with LED flash and 0.3 megapixel front facing camera. Besides, Ascend Y300 features Bluetooth 2.1 with A2DP, and GPS along with A-GPS. Huawei has packed a 1730 mAh battery inside it to offer about 5.5 hours of talk time.

Both smartphones will run Huawei Emotion user interface on the top of Android 4.1 Jelly Bean. Huawei has packed a FM Radio in both devices and also 3.5 mm audio port to connect any pair of ear phones.

Huawei Ascend G510 and Ascend Y300 are budget level devices with appropriate promising specifications and would be available across the country from this week onwards.