HTC working on a One V smartphone successor dubbed as Proto which will come with 4-inch S LCD 2 display and house a dual-core Qualcomm Snapdragon mobile processor.

HTC plans to introduce a new mid-range smartphone, codenamed as Proto, which will be a successor to the current HTC One V smartphone. The Verge claimed to have procured the placeholder images of the HTC Proto smartphone that will feature 4-inch touchscreen display and house a 5 megapixel camera at the back. The Proto will now have protruding “chin” design like that of One V but instead it will carry ahead the Sensation series styling at the bottom.

HTC had introduced the One V with Android 4.0 Ice Cream Sandwich before its rivals and tried to get some leverage of the void. However, a number of issues in the One V were highlighted from time to time by users. To cover up that rough patch, HTC will introduce its successor with better features and slightly tweaked hardware soon. 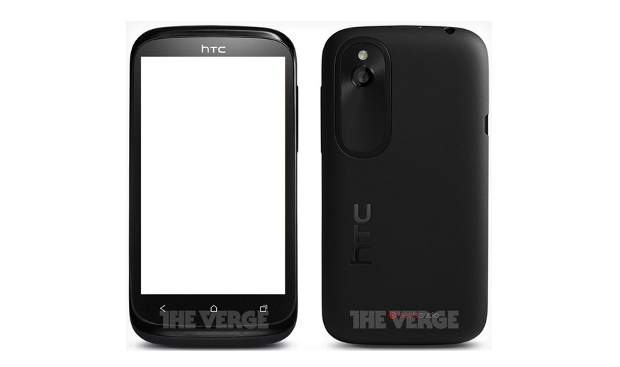 HTC Proto will feature a 4-inch WVGA S LCD 2 display which now should become a de facto for mid-to-high range devices. From what we believe, this phone might run the Android 4.0 Ice Cream Sandwich with Sense 4.1 out of the box. It will feature a 5 megapixel camera for imaging and will house a dual-core Qualcomm Snapdragon family mobile processor.

HTC will design the Proto to be 9.62 mm thick and we can expect it to see the day light at the IFA Berlin at the year end.