HTC One X9 could be unveiled today

The smartphone is expected to cost somewhere between $366 - $457 in Taiwan.

HTC today may announce a new smartphone, probably the much speculated One X9. Actually the Taiwanese mobile phone maker posted a teaser image (see above) on its Weibo account with a message, Merry X-Mas, and a dummy image of a mobile phone, triggering the speculations. The smartphone is expected to cost somewhere between $366 – $457 in Taiwan. 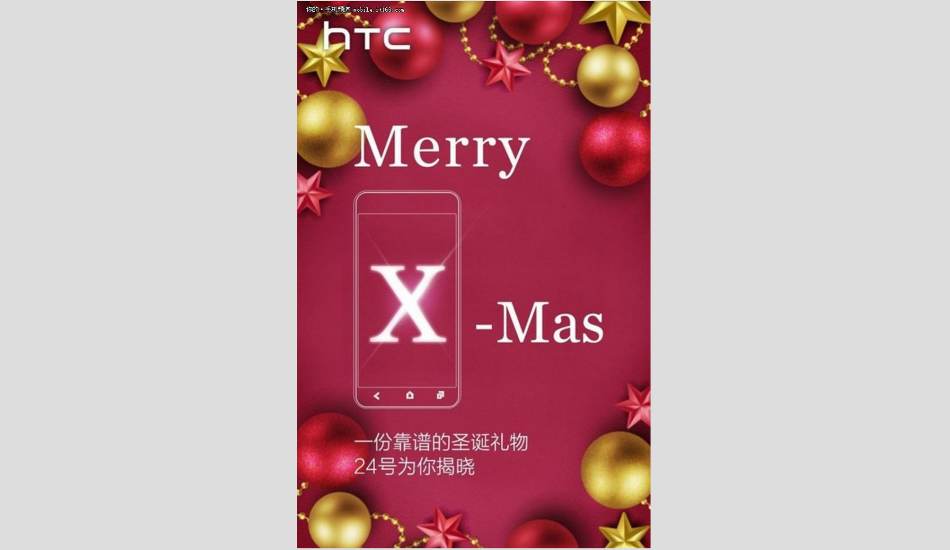 As per rumours, HTC One X9 might feature a 5.5-inch Full HD (1920Ã—1080 pixels) display and will be powered by the 2.2 GHz octa-core MediaTek Helio X10 MT6795 processor and 2GB of RAM. If launched, the smartphone is most likely to come with Android 5.0.2 Lollipop operating system and is expected to offer a 3000 mAh battery.

Earlier reports further claimed that the HTC One X9 would have 16GB of internal storage as well as a micro SD card slot. The smartphone is expected to sport a 13-megapixel rear camera with LED flash, OIS and a UltraPixel front camera. Being an HTC phone, BoomSound enabled dual front-facing speakers are also sort of guaranteed for the One X9.