HTC One to get Sense 6 update in May

HTC One Max and One mini users can also expect the HTC Sense 6 update later this year.

HTC One M7 owners did get the Android 4.4 KitKat update as promised by the company couple of months ago. Now HTC has plans to push the HTC Sense 6.0 update for the HTC One in the month of the May. Jason McKenzie, president of HTC America, shared this information over Twitter network. HTC One Dual SIM was released last year in India for Rs 53, 590 in Glacial Silver and Stealth Black options.

The new HTC Sense 6.0 update bundles along several improvements including a lighter and cleaner look. HTC Sense 6.0 brings simpler and kind of minimalist looking icons as well as buttons through out the system. HTC has also added bunch of new themes along with slimmed fonts to complement the new look. 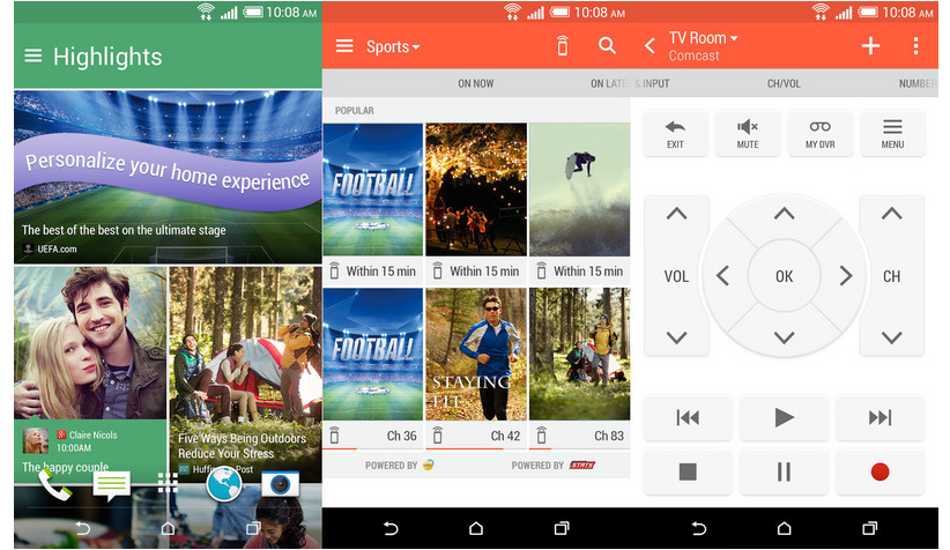 It also brings a major change for the BlinkFeed which branches out from the Sense user interface and is downloadable as the standalone app. The BlinkFeed gets a new mint green colour and most importantly bring on-screen controls. The app tray has been tweaked to offer better arrangment of apps.

Motion Launch Gestures are the fancy new motion controls to automate select settings on the phone without navigating through the settings. Whether it is lowering the ringer, or quickly accessing the widget panel, most have been covered by the Motion Launch gestures. HTC has also included extreme battery saving option to save up on battery juice when running low on the same. The update also brings a bunch of improvements for the camera application of HTC One.

HTC plans to push the update before end of May for the HTC One owners. Since the update will be a phase-wise roll out, users can expect the update to appear Over-The-Air in late May.

HTC One Max and One mini users can also expect the HTC Sense 6 update later this year, unless HTC has other plans.