All the three phones will be available in the market from next month.

Advertisement
HTC today launched three smartphones in India - HTC One M9+, One E9+ and Desire 326G. HTC One M9+ will be available in the market from next month for Rs 52,500 but there is no information about the prices of other two smartphones both of which are set to be made available from May as well.

The HTC One M9 Plus comes with a 5.2 inch display with 2K resolution and has the iconic dual front speakers that have been combined with 5.1 channel Dolby Audio surround sound simulation to deliver a high-definition, high-quality listening experience. This all-metal unibody design based smartphone offers a 2 TB supporting micro SD card slot. The HTC One M9+ comes with 3GB RAM and 32GB on-board storage version.

It has the 64 bit, MediaTek Helio X10 octa core processor and is said to have the latest Android Lollipop operating system. Ofcourse, it offers the HTC Sense 7 interface with HTC's Blinkfeed feature. 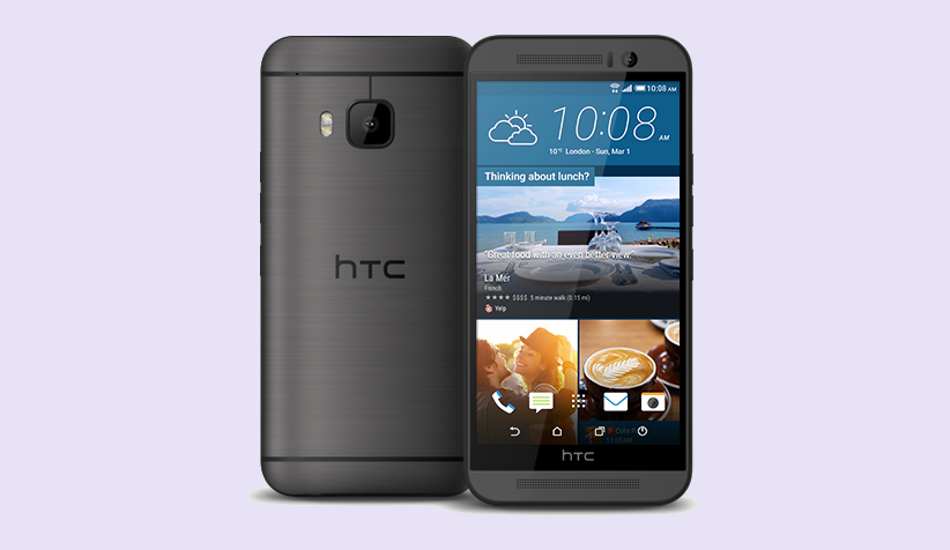 Photography enthusiasts will rejoice from the fact that the M9 Plus comes armed with a 20-megapixel Duo rear camera which can record videos in 4K resolution. In the front, there is an UltraPixel front camera (4 megapixel resolution).

HTC One M9+ will be available in Gold on Silver and Gold on Gold with all major retailers from early May.

It has a 5.5 inch display with 2K resolution with dual front speakers featuring HTC BoomSound and Dolby Audio Surround support. The E9+ too offers a 20-mega-pixel rear camera that can record videos in 4K resolution. The front facing camera comes with a wide angled HTC UltraPixel camera that claims to be able to capture threee times brighter pictures in low light. Besides, the front camera has HTC Eye Experience that shoots selfies automatically with Auto Selfie and Voice Selfie and even make yourself look better with Live Makeup before you take the shot.

The HTC One E9+ is packed with the same MediaTek Helio X10 octa core processor that has a clock speed of 2 Ghz and is based on 64-bit architecture. This Android based phone (most expectedly the Android Lollipop) has HTC Sense UI along with HTC BlinkFeed and HTC Zoe applications. The HTC One E9+ dual sim comes with 3GB of RAM and 16GB on-board storage and an expandable memory of up to 2TB microSDXC card slot.

HTC One E9+ dual sim will be available in Meteor Grey, Gold Sopia and Rose Gold with all major retailers from the second half of May.

This dual SIM smartphone has a polycarbonate exterior and has 4.5 inch display. The HTC Desire 326G comes with 1GB RAM, 8GB on-board storage and expandable memory up to 32GB microSD storage. This Android smartphone has a quad-core processor.

The HTC Desire 326G has an 8 mega-pixel camera in the rear that shoots video in 1080p resolution and a 2 mega-pixel front facing camera. Besides, it has a 2000 mAh battery.

Desire 326G dual SIM will be available in White Birch and Black Onyx from the second half of May (next month).